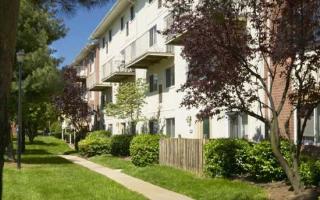 MCLEAN, VA - Kettler Inc., one of the largest privately held real estate companies based in the Washington, DC Metro area, today announced that it has closed on the acquisition of The Fields of Alexandria and The Fields of Old Town for the sum of $35,400,000 ($87,600 per unit). The two multifamily properties were previously owned by a joint venture that included Kettler and SunAmerica.

"This acquisition, allows for Kettler to take strategic control of both assets; a role formerly in the domain of SunAmerica," shares Bob Kettler, Chairman and founder of Kettler Inc., "it enables us to commit to long term ownership and operation."

Kettler originally acquired and redeveloped both properties in 1997/1998 with the use of Low Income Housing Tax Credits (LIHTC). Since that time, the two properties have been operated as affordable housing communities which will continue.

Most of the funds for the acquisition and capital improvements were financed using tax-exempt bonds issued by the Virginia Housing Development Authority (VHDA).

Founded by Robert C. Kettler in 1977, Kettler is among the largest private real estate and property management companies based in the D.C. metro area and one of the nation's top 20 multifamily developers. The firm's diverse business model has led to the delivery of five million square feet of commercial space and over 50,000 homes. Kettler's apartment portfolio includes high-end, market rate, affordable and fee-managed assets. In 2008, Kettler Management was awarded the prestigious "Pillars of the Industry" award in the property management category by the National Association of Homebuilders. Currently, the company is developing transit-oriented mixed-use projects and managing a growing portfolio of third-party assets.
Source: Kettler, Inc.