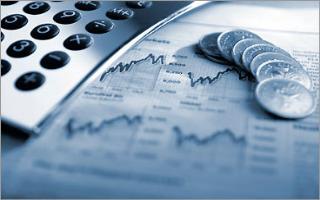 SEATTLE, WA - Nearly one-third of Americans are unlikely to qualify for a mortgage because their credit scores are too low, making homeownership out of reach for many. This is according to an analysis of more than 25,000 loan quotes and purchase requests on Zillow Mortgage Marketplace during the first half of September. Borrowers with credit scores under 620 who requested purchase loan quotes for 30-year fixed, conventional loans were unlikely to receive even one loan quote on Zillow Mortgage Marketplace(1), even if they offered a relatively high down payment of 15 to 25 percent. Nearly one-third of Americans, or 29.3 percent, has a credit score this low, according to data provided by myFICO.com.

Meanwhile, the lowest interest rates went to mortgage borrowers who were among the 47 percent of Americans with excellent credit scores of 720 or above.

For those with mid-range credit scores of 620 to 719, improving one's credit score can mean a significant savings in interest over time. For each 20-point credit score increase, the average low APR declines 0.12 percent, which for a $300,000 home, with a 20 percent down payment, equates to a savings of $6,400 over the life of a 30-year loan.

"We are in an era of historically low mortgage rates, reaching levels not seen in decades. Coupled with four years of home value declines, homes are more affordable than we've seen for years. But the irony here is that so many Americans can't qualify for these low rates, or can't qualify for a mortgage at all," said Zillow Chief Economist Dr. Stan Humphries. "Four years ago, in the era of easy-to-get subprime loans, many borrowers with low scores did buy homes, which in turn helped contribute to a housing bubble. Today's tighter credit is a predictable response by banks after the foreclosure crisis, but also keeps a cap on housing demand, which is important for the greater housing market recovery."

Zillow Mortgage Marketplace receives more than 300,000 loan requests each month from borrowers, who can anonymously request mortgage quotes from hundreds of lenders across the country. Lenders then submit loan quotes customized to each borrower's financial situation. This analysis looked at the number of quotes and the average lowest APR for 30-year fixed, conventional mortgages that were quoted to borrowers who intended to purchase a home with down payments between 15 and 25 percent, along with credit score information from myFICO.com. The analysis took into account more than 25,000 quotes submitted between September 1 and September 15, 2010.