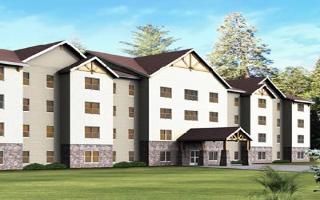 WASHINGTON, DC - The Corporate Housing industry has a new giant to contend with in the Department of Defense Lodging market. Matthew Foster, a U.S. Army veteran and founder of TDY Lodging, briefed members of the press early this morning, "TDY Lodging has become a very attractive marketing outlet for Temporary Lodging providers within the government travel and Corporate Housing sector, and we now offer more than 100 locations to choose from within the United States and overseas. Year-to-date results reveal increased occupancy rates and record profits for Corporate Housing companies and Hotels that use TDYLodging.com to market their hotels and lodging to Military and Defense travelers within the Federal GSA Per Diem Rates." Corporate Lodging Providers, including hotel owners and Temporary Housing companies, pay a small annual fee to be connected directly with military and government travelers seeking temporary lodging at extended stay hotels, furnished apartments, and Corporate Housing.

TDY Lodging acquired Corporate House Rentals earlier in the year, which allowed the company to gain a large market share of the Defense Lodging and Corporate Housing industry. The acquisition included government contracts with major Department of Defense Contractor clients within the Washington D.C. Corporate Housing market and many other major markets, including MacDill AFB Lodging for Air Force personnel and Fort Huachuca TDY Lodging for Army travelers. Despite a decrease in FY 2011 Department of Defense spending, TDY Lodging has enabled many hotel and corporate house rental owners to obtain record profits based on the popularity of their Corporate Housing model. DoD Lodging is often sparse around major cities, forcing many users of the Defense Travel System (DTS) to seek temporary lodging through Corporate Housing providers outside of the DoD Travel System.

The Corporate Housing industry is affected by the Department of Defense Budget in several cities and metropolitan areas, and the new 2011 GSA Per Diem Rates affect Temporary Lodging providers in TDY locations near military installations, which may cause a drop in Corporate Housing Rates where providers rely on the Government Per Diem Rates. Although there was a drop in many of the 2011 GSA Per Diem Rates, Corporate Housing Providers marketing through TDY Lodging's unique Defense Lodging System anticipate increased profits for FY11 because they have been able to market directly to government and military travelers without paying a commission for every reservation.
Source: TDY Lodging