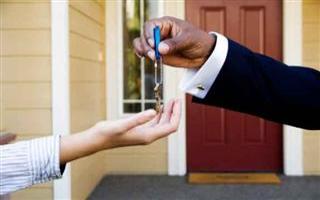 WASHINGTON, DC - A growing segment of the housing market, first-time home buyers are contributing to an increase in demand for smaller and less expensive new homes, according to research from economists at the National Association of Home Builders (NAHB).

Delving into data from the most recent biennial American Housing Survey, which was conducted by the Department of Housing and Urban Development and the Census Bureau in 2009, the study, "Characteristics of New and First-Time Home Buyers," finds that 41 percent of the 8.4 million households who bought a home between 2007 and 2009 were first-time buyers.

"Builders are increasingly gearing their homes to the needs of first-time buyers, and we expect the trend to continue in the period ahead as the economy begins generating more jobs and more people in their 20s form households," said Bob Jones, chairman of NAHB and a home builder from Bloomfield Hills, Mich.

"New homes are a better match for the needs of the population in general," Jones said. "Compared to what is typically available in the existing housing stock, they are more energy-efficient, easier to maintain and have designs better suited to today's lifestyles."

The market share of first-timers was up from 35 percent in both 2005 and 2007. Although some of the demand was fueled by the initial version of the home buyer tax credit in mid-2008, which was specifically targeted to those buying a home for the first time, the upward trend is expected to continue as children of baby boomers - members of a generation that is larger than their parents' - move into their household formation years in the period ahead.

Although new housing is significantly more expensive than the existing housing stock, 13 percent of first-time buyers between 2007 and 2009 purchased new homes. By comparison, 17 percent of all the homes sold during that period were new.

Competing with foreclosures and large house price declines in the existing home market, new homes lost ground disproportionately during the housing downturn, falling from a 21 percent share of the homes sold in both 2005 and 2007.

First-time buyers for the two years of the study had an average age of 34, compared to 46 for those trading up.

The average income of first-timers was over $67,000, about 30 percent below the average household income of trade-up buyers of $97,000. About half of the first-time buyers earned less than $60,000.

The household size of both first-time and trade-up buyers has been declining, while single-person households have been on the rise.

Looking at survey findings on the reasons that buyers chose a particular home, the NAHB study notes that price was the top consideration for 38 percent of the first-time buyers, followed by the design and layout of the home, at 36 percent.

On average, first-time home buyers looked at 15 homes before making their purchase; 63 percent used their savings as the source of the downpayment; and 22 percent of them had no downpayment. That was down from a peak of 25 percent in 2007, reflecting a tightening of credit standards in the mortgage market.

The full report is available at www.nahb.org/homebuyerstudy.