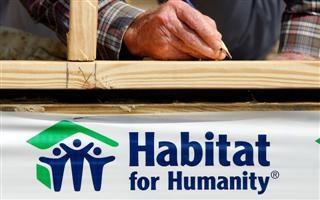 ATLANTA, GA - Habitat for Humanity International is establishing the MicroBuild Fund to help provide funding and technical assistance for housing improvements around the world. One of the most effective ways to improve housing conditions for millions of families in developing countries is to provide access to financial services to build or upgrade their homes. These improvements may include installing concrete flooring in the place of dirt floors, adding a room to a house that is being built in stages or upgrading roofs to create adequate shelter from the elements.

"There is a staggering need for basic and decent housing in developing countries where families may only live on a dollar or two a day," said Jonathan Reckford, CEO of Habitat for Humanity International. "By developing the MicroBuild Fund, we will be able to serve even more families by making financing available for housing improvements on affordable terms."

Habitat for Humanity International is committing an initial $25 million to the MicroBuild Fund and an additional $10 million for technical assistance for microfinance institutions. The goal is to raise a total of $100 million for MicroBuild. Habitat for Humanity will leverage all donations to the fund, and participating microfinance organizations will match funding dollar for dollar, making even more capital accessible to families in need of decent housing.

These commitments were announced by Reckford at the Clinton Global Initiative's annual meeting, Sept. 20-23, in New York City. Long-time Habitat supporter Jim Stanard has committed a lead gift of $1.1 million to the fund.

Habitat for Humanity International is an ecumenical Christian ministry that welcomes to its work all people dedicated to the cause of eliminating poverty housing. Since its founding in 1976, Habitat has built, rehabilitated, repaired or improved more than 350,000 houses worldwide, providing simple, decent and affordable shelter for more than 1.75 million people. For more information, or to donate or volunteer, visit Habitat.org.

Established in 2005 by President Bill Clinton, the Clinton Global Initiative (CGI) convenes global leaders to devise and implement innovative solutions to some of the world's most pressing challenges. Since 2005, CGI Annual Meetings have brought together more than 125 current and former heads of state, 15 Nobel Peace Prize laureates, hundreds of leading CEOs, heads of foundations, major philanthropists, directors of the most effective nongovernmental organizations, and prominent members of the media. These CGI members have made more than 1,700 commitments valued at $57 billion, which have already improved the lives of 220 million people in more than 170 countries. The 2010 CGI Annual Meeting will take place from September 20-23, 2010, in New York City. The CGI community also includes CGI University (CGI U), a forum to engage college students in global citizenship, MyCommitment.org, an online portal where anybody can make a Commitment to Action, and CGI Lead, which engages a select group of young leaders from business, government, and civil society.
Source: Habitat for Humanity