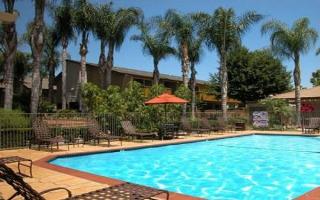 Creekside Meadows is situated adjacent to the I-5 Santa Ana Freeway, providing convenient access to employment centers throughout Orange and Los Angeles counties. The community is also close to other transportation links including the Tustin Metrolink train station and John Wayne Airport. Completed between 1968 and 1972, the community has benefited from an extensive renovation program over the past five years. Amenities include washer-dryers in individual apartment homes, garage parking and a state-of-the-art fitness center.

As part of the transaction, Fund II has entered into a rate lock agreement with Fannie Mae (NYSE: FNM) on a $59.1 million, seven-year, 3.81% fixed rate loan to be originated on or before September 16, 2010. The loan would provide for interest-only payments during the full term.

Creekside Meadows represents the fourth acquisition by Fund II, which now consists of 1,542 apartment homes for a total acquisition cost of about $234 million. Fund II has equity commitments totaling $400 million and can employ leverage up to 65%, allowing for an investment capacity of approximately $1.1 billion. Fund II will acquire and operate multifamily apartment communities primarily in AvalonBay's high barrier-to-entry markets of the Northeast, Mid-Atlantic, Midwest and West Coast regions of the U.S. with the objective of creating value through redevelopment, enhanced operations and/or improving market fundamentals.