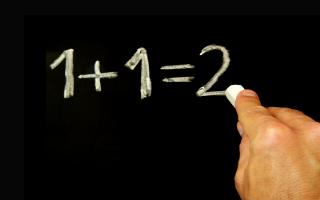 BEVERLY HILLS, CA - International real estate investment and services firm Kennedy Wilson announced that it has formed a $278 million investment partnership with subsidiaries of Fairfax Financial Holdings to pursue acquisitions of real estate assets, including loans and real property. Kennedy Wilson has committed 10% of the equity and will manage the partnership.

The partnership has also completed its first major transaction, buying a 65% interest in a Japanese apartment company that has total real estate assets of approximately $600 million. Kennedy Wilson previously owned the other 35% of the Japanese company. There are 50 apartment buildings in the company and, by value, 70% of the apartments are located in Tokyo.

"Kennedy Wilson has been doing business in Japanese real estate since 1992 and, in a separate venture, was one of the first U.S. real estate companies to go public in Japan in 2002," chairman and CEO of Kennedy Wilson, William McMorrow commented. "We are extremely pleased to have completed our first real estate transaction with Fairfax and look forward to pursuing many deals together in the future."

Fairfax Financial's Chairman and CEO, Prem Watsa, stated, "Kennedy Wilson has an extensive and successful track record in Japan, and we are very pleased to now become partners with the outstanding Kennedy Wilson management team on the deal level in addition to our prior investments at the corporate level."

In addition to the Japan acquisition, Fairfax has previously invested $132,500,000 in Series A and B convertible preferred stock of Kennedy Wilson.

Including this acquisition, year-to-date, Kennedy Wilson in conjunction with its partners has acquired over $1.65 billion of multifamily assets and loans secured by real estate predominately in California, Washington, Hawaii and Japan.