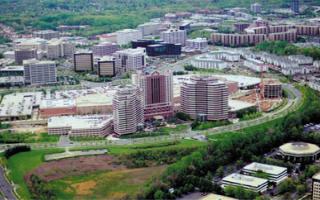 The site is planned for a 354 unit luxury apartment home community to be named Avalon Park Crest. Construction will commence in October 2010 with leasing expected to begin in Spring 2012. The site is part of the larger Park Crest development that currently includes luxury condominiums, apartments and a Harris Teeter grocery store. The site is within easy walking distance of the Tysons Galleria mall, Tysons Corner Center mall and two stations on the Metro's Silver Line extension currently under construction.

Jon Cox, Senior Vice President of Development, said: "We're very excited about expanding our presence in the region. We've had a long dry spell in new starts in the region, and we plan on this being the first of many new projects we will begin over the next few years. Avalon Park Crest will be our eighth development in the state of Virginia and our 16th in the Metropolitan D.C. area. Today AvalonBay owns and operates a total of 21 communities in the area with over 8,100 apartment homes. We expect that Avalon Park Crest's convenient location and first class amenities will be well received by residents employed in Tysons Corner and throughout the Dulles Corridor."

Avalon Park Crest is the Company's first new construction in the Mid-Atlantic region since 2005. It is the second Avalon community in McLean, Virginia. The first, Avalon Crescent, is a 558 unit community completed in 1996 and is also located along Westpark Drive.

Avalon Park Crest, which will consist of residences atop a 2-1/2 level underground parking garage, will offer an array of luxury amenities. Among them will be a wifi lounge, a 3,000 square foot state-of-the-art fitness center, ample bicycle storage, and two private one-quarter acre courtyards with a pool, outdoor cooking, and other unique features.

AvalonBay will be the project's general contractor and operate the community once completed. The project was designed by Tysons Corner-based Lessard Group.