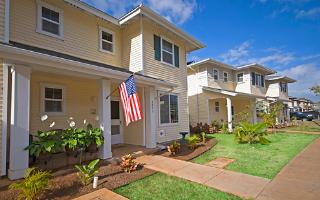 CLEVELAND, OH - Forest City Enterprises, Inc. announced that its Forest City Military Communities subsidiary has been selected by the U.S. Air Force to privatize military family housing at four bases in the southeastern United States. The project will involve the management, new construction and/or demolition of Air Force family housing at the Southern Group bases, resulting in an end state of approximately 2,185 units.

"The awarding of the Southern Group is an important milestone for our military housing business," said Charles A. Ratner, Forest City president and chief executive officer. "It significantly expands our portfolio and broadens our involvement with Air Force family housing. We're proud to have been chosen for this project and to have an even greater opportunity to improve the quality of life and sense of community for military families across the country. I congratulate our entire military housing team, led by Tom Henneberry, on this important acknowledgement of their skill, capability, professionalism and hard work."

The four bases involved are Shaw AFB and Charleston AFB in South Carolina, Arnold AFB in Tennessee, and Keesler AFB in Mississippi. As part of the project, the Air Force will lease a combined total of 846 acres of land and convey 2,387 existing housing units to Forest City. Over the course of a three-year initial development period, the company expects to demolish 1,189 existing, inadequate housing units and construct 987 new housing units. Following the development phase, Forest City will manage and maintain a combined total of 2,185 housing units at the bases over a 50-year contract period. Closing on the project is expected to occur in early 2011.

With the awarding of the Southern Group, Forest City's military housing portfolio now includes military family housing projects in nine states for the Navy and Marines, as well as the Air Force. Current project sites include Navy Region Hawaii, Navy Northwest (Puget Sound region of Washington), Navy Great Lakes in Illinois and Indiana, Navy Mid-South in Tennessee and the U.S. Air Force Academy in Colorado. The Company's portfolio of military family homes, either existing, under design or construction, totals approximately 14,138 housing units with the addition of the Southern Group.

Forest City Enterprises, Inc. is an NYSE-listed national real estate company with $11.5 billion in total assets. The Company is principally engaged in the ownership, development, management and acquisition of commercial and residential real estate and land throughout the United States. For more information, visit: www.forestcity.net.
Source: Forest City