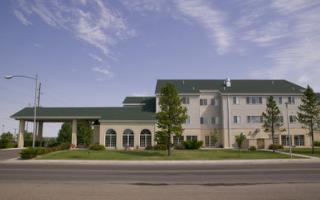 PORTLAND, OR - Stayton SW Assisted Living ("Stayton"), an Oregon-based senior living provider formerly known as Sunwest Management, completed the sale of 132 senior living facilities to a joint venture formed by Blackstone Real Estate Advisors VI L.P., Emeritus Senior Living and Columbia Pacific Advisors (the "Blackstone / Emeritus joint venture"). The transaction, valued at $1.2 billion, involves the acquisition of the properties in exchange for cash, securities and assumption of debt. Twelve additional properties are expected to close in the near future as part of the same overall transaction.

The sale of Stayton's assets took place as part of the company's chapter 11 plan of reorganization, which U.S. District Court Judge Michael Hogan approved in July. The court held that the plan would maximize value for Stayton's creditors and investors. Existing Stayton investors will receive either cash or securities in the joint venture, with a choice between Class A preferred interests paying six percent annually, or common interests in the joint venture. Based on their elections for cash or securities, former Sunwest investors will end up with approximately 15% of the joint venture.

"After nearly two years of discussions, negotiations, and hard work, we are pleased to bring resolution to investors and creditors impacted by the previous mishandling of Sunwest's assets," said Clyde Hamstreet, chief restructuring officer (CRO) for Stayton. "This transaction was the result of a large collaborative effort and provides Sunwest investors and creditors their best opportunity to recoup losses."

"This transaction will provide a distribution to creditors that did not appear possible at the beginning and is a very positive resolution," said Michael Grassmueck, receiver in the Securities and Exchange Commission action. "The results are in large part possible due to the unusual opportunities presented by the combination of the Receivership and the Bankruptcy case, along with the extraordinary efforts of the parties and U.S. District Court Judge Hogan."

The reorganization plan also creates a Trustco entity to manage and eventually sell certain non-senior living assets, such as apartments, office buildings and bare land. Receiver Michael Grassmueck will oversee Trustco and liquidate its assets over time as markets improve for the benefit of the estate's investors and creditors. Properties without equity that are not sold to the Blackstone/Emeritus joint venture or transferred into Trustco were returned to lenders on the effective date of the plan, which coincided with closing of the Blackstone/Emeritus transaction.

Formerly known as Sunwest Management, Stayton SW Assisted Living was founded in Oregon in 1991. One of the largest private senior living providers in the country and a significant Oregon employer, the company engaged Clyde Hamstreet of Hamstreet & Associates in late November 2008 to serve as chief restructuring officer. After the SEC filed suit against the company, the U. S. District Court in Eugene, Ore., entered an order on March 10, 2009, establishing a federal receivership and appointing Michael Grassmueck of The Grassmueck Group as receiver. Subsequently Stayton SW Assisted Living has been reorganizing in Chapter 11 under the supervision of the court, the receiver and the CRO.
Source: Hamstreet & Associates