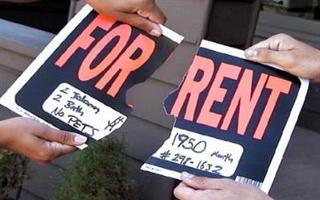 WASHINGTON, DC - On Thursday, August 5, the National Fair Housing Alliance and two of its member organizations filed a housing discrimination lawsuit in the United States District Court for the Southern District of Indiana in Indianapolis against the SC Bodner Company and its president, MBA Construction, and owners of six apartment complexes. The fair housing organizations allege that defendants discriminated against people with disabilities by failing to provide apartments with accessible features required by the Fair Housing Act.

In their investigation, the National Fair Housing Alliance, the Savannah-Chatham County Fair Housing Council, Inc. in Savannah, Ga., and Metro Fair Housing Services, Inc. in Atlanta, Ga. located sixteen Bodner properties that they have reason to believe are out of compliance in eight states: Alabama, Arkansas, Georgia, Indiana, Nebraska, Oklahoma, South Carolina, and Tennessee. Since 1991, the Fair Housing Act has required builders and architects to include accessible design features in most apartment complexes to provide equal access to housing for the growing number of Americans with disabilities.

Staff from the fair housing organizations conducted onsite investigations at six Bodner properties located in Port Wentworth, Ga., Macon, Ga., Granger, Ind., Evansville, Ind., Lexington, S.C., and Memphis, Tenn. At these buildings, they found numerous features in the buildings' common spaces and within the apartment units that made the buildings inaccessible to people with disabilities. These include: inaccessible building entrances, high thresholds that make it difficult to pass between rooms, environmental controls beyond the reach range of wheelchair users, and insufficient space in kitchens and bathrooms for use by persons in wheelchairs.

SC Bodner is among the most active developers of multi-family housing in the nation. In its annual rankings of multifamily developers, industry publication Multifamily Executive ranked Bodner the 22nd largest builder in the nation in 2009 and 13th largest builder in 2008. According to Bodner's website, the company produces over 3,000 units each year. Bodner's typical property contains 200 or more units.

This lawsuit marks the fourth design and construction lawsuit that the National Fair Housing Alliance has filed in recent years in its attempt to correct rampant discrimination in the multifamily housing market. According to the 2004 American Community Survey, more than 51 million Americans have some form of disability, and over 2.7 million people over the age of 15 use a wheelchair. As the population ages and medical advances allow people with disabilities to live longer lives, this number will increase.

A copy of the lawsuit is available on the National Fair Housing Alliance's website www.nationalfairhousing.org. The fair housing organizations are represented in this matter by Relman, Dane & Colfax, PLLC of Washington, D.C. and John Emry Law of Franklin, Ind.

"In July, America celebrated the twentieth anniversary of the Americans with Disabilities Act; yet as this lawsuit demonstrates, nearly twenty years after the Fair Housing Act began to require accessible design and construction of multifamily buildings, discrimination against people with disabilities continues to infect our housing market. The federal Fair Housing Act provides straightforward standards for builders to follow. If they refuse to acknowledge them, it is out of deliberate and inexcusable ignorance."

"The failure of the SC Bodner Company to build accessible housing units is more than a failure to cross T's and dot I's. Every time a builder constructs an inaccessible apartment that is covered by the Fair Housing Act, they exclude people with disabilities in the same way that a posted sign saying, 'No Disabled People Allowed' would. Given the area's significant military presence and that veterans are returning with disabilities, we can't allow this to continue."

"SC Bodner began developing the properties at issue in 1998, a full seven years after developers of multifamily housing were required to design and build accessible multifamily housing. The company is among the country's largest – there's no reason it was unaware of these requirements, it just simply chose to ignore them. It's unfortunate that groups like ours must resort to litigation to correct these problems, but we need to send a message to the industry: lax design standards that violate people's civil rights will not go unnoticed."

National Fair Housing Alliance www.nationalfairhousing.org – Founded in 1988, the National Fair Housing Alliance is a consortium of more than 220 private, non-profit fair housing organizations, state and local civil rights groups, and individuals from 37 states and the District of Columbia. Headquartered in Washington, D.C., NFHA, through comprehensive education, advocacy and enforcement programs, provides equal access to housing for millions of people.