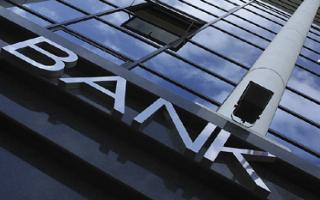 NEW YORK, NY - Alfred A. DelliBovi, President and CEO of the Federal Home Loan Bank of New York, recently announced that the Bank has awarded $29.7 million in subsidies to fund 54 affordable housing initiatives throughout New Jersey, New York, Connecticut, Delaware, Maryland and Pennsylvania. These awards, which are funded through the Bank's Affordable Housing Program ("AHP"), will result in the creation or rehabilitation of 2,917 affordable housing units and drive community development. It is anticipated that more than $525 million in development costs will be generated from these initiatives.

"The Federal Home Loan Bank of New York has been proud to partner with our members for more than 20 years to help make affordable housing a reality in New Jersey, New York, Puerto Rico, the U.S. Virgin Islands and beyond," said Mr. DelliBovi. "We are grateful to our elected officials for their leadership and support in Congress, which allows us to offer this program to the housing groups that are strengthening communities across the region."

For more information on these grants: www.fhlbny.com/community/ahp/awards/ahpaward0710.htm

The $29.7 million awarded today are funds drawn from the Bank's earnings. As mandated by Congress, the Bank forgoes 10 percent of its earnings to support these neighborhood housing and economic development initiatives.

The Federal Home Loan Bank of New York's AHP provides member lenders with direct subsidies which are passed on to income-qualified households through sponsoring local nonprofit organizations. AHP financing is combined with other funding sources to create housing for moderate-, low- and very low-income families. Program awardees receive this funding through a competitive application process. Each competing project must be sponsored by a financial organization that is a member of the Bank in partnership with a community-based sponsoring organization.