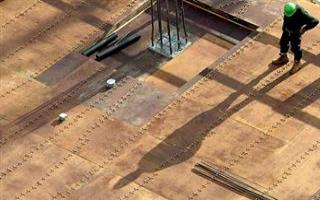 WASHINGTON, DC - With the Obama Administration and Federal Reserve this week sponsoring events that focus on how to ease regulatory burdens on the small business community that are constricting job growth, the National Association of Home Builders (NAHB) today urged policymakers to address the lack of financing for housing production that is impeding the housing and economic recovery.

"In normal times, housing accounts for about 17 percent of GDP," said NAHB Chairman Bob Jones, a home builder from Bloomfield Hills, Mich. "However, in the current economic climate, lenders have basically stopped making acquisition, development and construction (AD&C) loans and are calling in existing loans, even when the borrower's payments are current. Policymakers must act now to restore credit availability for viable home building projects; otherwise countless construction jobs will be lost, further jeopardizing the fragile economic recovery."

Federal Reserve Chairman Ben Bernanke said that the objective of a conference today at the Federal Reserve is to develop policies that will support the flow of loans to creditworthy small businesses. Meanwhile, the White House has asked business leaders and lawmakers to attend a jobs summit at the U.S. Chamber of Commerce on Wednesday to help identify regulatory obstacles that are hampering job and economic growth.

NAHB is reaching out to regulators, banks, Administration officials and members of Congress to seek action to reduce regulatory restrictions on AD&C credit and rein in overzealous bank examiners.

The vast majority of NAHB builder members are small businesses situated in communities across the nation who employ workers that contribute to the local economic base. NAHB estimates the one-year local impacts of building 100 single-family homes in a typical metro area result in the creation of 324 local jobs and an additional $21.1 million in local income and $2.2 million in taxes and other revenue for local governments.

Beyond its negative effect on home builders, the lack of AD&C lending has major implications for the economy and the nation, said Jones.

"Over the next decade, population growth will trigger demand for an average of at least 1.7 million additional homes per year," he said. "This translates into five million jobs and significant economic activity, including tax revenue. But without increased AD&C lending, this demand will not be met, jobs will be lost and job creation will suffer."