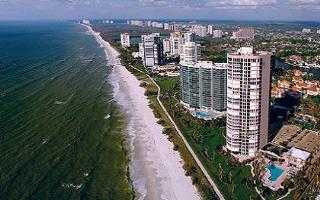 CORAL GABLES, FL - Primed for a resurgence, South Florida's real estate market is about to get a shot in the arm. Partners in Gold Coast Florida Regional Center™ (GCFRC), a federally licensed and approved foreign equity investment fund that focuses on key real estate investment and development opportunities, today announced it officially is open for business.

The regional center was established and approved May 19, 2010, under the auspices of the U.S. Citizenship and Immigration Services (USCIS) EB-5 program. Authorized by Congress in the Immigration Act of 1990, the EB-5 program facilitates permanent residency status and Green Cards for immigrants who invest in the U.S. and job growth.

Regional centers are a win-win situation because they create new jobs that, in turn, infuse our economy with much-needed capital while providing those willing to invest in American productivity avenues toward permanent residency."

Regional centers promote economic growth through the creation of jobs, improved productivity, increased export sales and added domestic capital investment. An employment-based program, it focuses on a designated and approved geographic area, project, business or investment category – in this case, select real estate in Miami-Dade, Broward and Palm Beach counties – and encourages investments in the United States from abroad. Qualified foreign nationals who invest in the American economy are given the opportunity to obtain Green Cards and permanent residency in the U.S. for them and their immediate family.

"Hollywood Circle will enhance one of Hollywood's most important sites and attract the consumers and residents needed to create a sustainable downtown environment," Abele added. "Its benefits will include nearly 400 new upper income residential families, millions in annual tax revenues and a $500,000 public improvements contribution to Hollywood's ArtsPark."

Hollywood Circle is the first USCIS fully approved Broward County-based EB-5 development and only the second in South Florida. GCFRC also plans to fund a project in Fort Lauderdale along with a second in the City of Hollywood.

The Hollywood Circle project is located in a Targeted Employment Area (TEA) where unemployment is at least 150% of the national average. Participants will invest $500,000 each with GCFRC, which will create a minimum of 10 jobs at Hollywood Circle on their behalf. In exchange, the program provides investors the ability to obtain permanent resident visas for the individual, spouse and children under 21 years old. The required capital investment for projects outside TEAs typically is $1 million.

Abele expects GCFRC will generate more than $850 million and bring more than 18,000 jobs to South Florida during the next five years.

Gold Coast Florida™ is a U.S. Citizenship and Immigration Services approved regional center with a primary focus on real estate development. The organization currently is accepting investors for EB-5 opportunities in South Florida, an in-demand region where land costs are lower than they have been in years providing tremendous up-side for real estate investors.
Source: Gold Coast Florida Regional Center