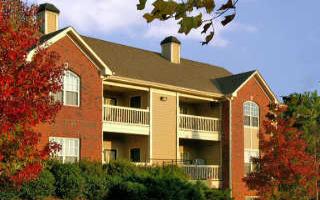 Pursuant to the transaction, which closed June 30, the Company transferred its 20% ownership interest in Colonial Village at Cary and made a net cash payment of $2.7 million in exchange for DRA's 80% ownership in the 345-unit Colonial Grand at Riverchase Trails located in Birmingham, Alabama. Additionally, the Company paid off the $19.3 million loan securing Colonial Grand at Riverchase Trails in which the Company now owns 100%. The loan was set to mature in October 2010. DRA now owns 100% of the 319-unit Colonial Village at Cary located in Raleigh, North Carolina and they assumed the existing secured mortgage. The Company will continue to manage Colonial Village at Cary pursuant to an existing management agreement. The acquisition was funded by borrowings on the Company's unsecured line of credit and proceeds from common stock issuances through the Company's at-the-market equity program.

The Company also closed $73.2 million of secured financings originated by Berkadia Commerical Mortgage LLC for repurchase by Fannie Mae. The financings are collateralized by three multifamily properties and have a 10-year term that carries an interest rate of 5.02%. Proceeds from the financings were used to pay down outstanding borrowings on the Company's unsecured line of credit.

Thomas H. Lowder, the Company's Chairman and Chief Executive Officer, noted, "These transactions highlight our commitment and success in simplifying the business and extending our debt maturities. Both initiatives are top priorities for us, and we will continue to execute on our 2010 initiatives throughout the year."

The Preiss Company Completes Acquisition of 847-Bed The Collective at Lubbock Student Housing Community Serving Texas Tech LUBBOCK, TX - Officials at The Preiss Company (TPCO), one of the nation’s largest, privately-held, student housing owner-operators, and a private equity real estate fund, announced the acquisition of The Collective at Lubbock, an 847-bed student housing complex. TPCO plans to begin a...