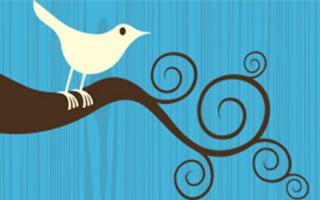 HOUSTON, TX - J Turner Research (JTR), a leading market research firm exclusively serving the multifamily industry, today released the findings of an ongoing survey indicating 93 percent of apartment residents have never visited an apartment community's page on a social networking Web site. Nearly one quarter of all respondents (24%) said they do not visit any social networking Web sites. The findings are based on responses from 15,964 apartment residents collected between January 1, 2010 and June 13, 2010.

The overall percentage of residents who have visited any apartment community's page more than doubles, from 6 percent to 13 percent, for properties that have established a social networking page (primarily on Facebook or Twitter). Those respondents who confirmed visiting a community's social networking page (7%) said they visited the page to "see what other people were saying about the community" (62%), "conduct preliminary research about the apartments, floor plans or unit availability" (57%), or "find discounts or deals related to signing a lease" (37%). Only eleven percent of residents said they were visiting the page to "contact a staff member about scheduling an onsite visit," nine percent to "refer a friend," and eight percent were there to "initiate the leasing process to live at the community."

"Social networking has infiltrated the majority of consumer, retail and business sectors but the findings gathered in our survey during the last six months indicate apartment residents aren't engaging their community's social media efforts as might be the case in other categories," said Joseph Batdorf, principle of J Turner Research. "We continue to survey residents and collect data in order to identify any trends which owner/operators can utilize to better determine the time and resources they allocate to this emerging channel."

The survey asked which social networking sites residents use the most and the data confirmed respondent's voracious use of Facebook with 69 percent acknowledging an account, 15 percent confirmed using LinkedIn, nine percent answered Twitter, six percent said MySpace and two percent preferred Orkut or another site as their network of choice. Nearly half of apartment residents (45%) said they check their social networking accounts daily, 19 percent check weekly and another six percent check either hourly or monthly.

One quarter of respondents (25%) ranked communication with the community via social networks as "Not Important at All." Only seven percent ranked it as "Very Important," though 37 percent provided favorable feedback.

More than half of respondents (52%) said they check their community's page to "Learn about Community Events or Activities."

Eight percent logged on to "Ask a Question about a Maintenance Issue."

Methodology: Five multifamily companies participated in the survey initiative. J Turner Research distributed 54,573 surveys across 415 apartment communities nationwide, asking residents to share their social networking perspectives and behaviors since January 2010. To date 15,964 residents responded to the six-question survey, representing an overall response rate of 29 percent. Data has been collected monthly through June 13, 2010 and the survey effort is ongoing.

If you would like to schedule an interview with an executive from J Turner Research contact Don Canfield at (303) 682-3942 or don@linnelltaylor.com. To view all the data collected during the first six months of the survey program visit http://www.jturnerresearch.com/socialmedia.php. To learn more about the J Turner Research's prospect and resident survey programs visit www.jturnerresearch.com.

Based in Houston, J Turner Research specializes in developing and executing innovative and affordable research services for the multifamily industry. The company utilizes e-mail based surveys to accurately measure perceptions of prospective residents, current residents and employees to help owners understand how to optimize operational and marketing efficiencies. For more information, please call (281)558 4840 or visit www.jturnerresearch.com.
Source: J Turner Research