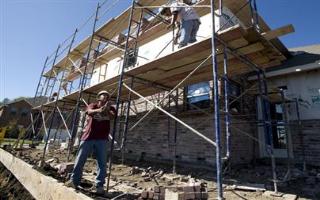 WASHINGTON, DC - The multifamily market showed signs of moving back toward stability in the first quarter of 2010, according to the latest NAHB's Multifamily Market Index (MMI). The current production index for market-rent apartments jumped to 30.6, 14 points higher than a year earlier, while future demand expectations for Class A apartments rose to 49.6 from 34 and for Class B to 53.1 from 43.9. For lower-rent units and for-sale condominiums, the current production indexes rose to 38.2 and 25.0, respectively, more than 10 points higher than in the first quarter of 2009.

The MMI measures multifamily builder sentiment based on production and occupancy at the current time - using a scale of stronger, the same, or weaker compared to the previous quarter - as well as builders' expectations for conditions over the next six months. An index number greater than 50 indicates that the number of builders who view conditions as getting stronger outnumber the number who view conditions as becoming weaker. The values are not seasonally adjusted.

The current demand index for Class A apartments – among the hardest hit by the recession- also showed improvement, rising to 41.7, or 19 points higher than a year earlier. The index measuring demand for Class B apartments rose to 43.4, up seven points. Demand for Class C apartments – the least expensive, and the most likely to stay occupied during hard times - actually showed a slight decline, falling about two points to 43.1.

"The most encouraging part of the MMI is the number of multifamily builders who are expecting gains in rental occupancy over the next six months," according to NAHB Chief Economist David Crowe. "Builders' optimism is directly related to recent positive employment news and expectations for the trend to continue. Current conditions are still depressed by multifamily builders' difficulty obtaining financing for acquisition, development and construction (AD&C)," said Crowe.

NAHB's Multifamily Market Indexes are derived from a quarterly survey of multifamily builders and developers who rate current conditions and expectations for the future as "stronger," "about the same," or "weaker." The responses are used to create a scale of 0 to 100, with a rating of 50 indicating that the number of positive or "stronger" responses is the same as the number of negative or "weaker" responses. Data can be accessed at www.nahb.org/mmi.
Source: National Association of Home Builders