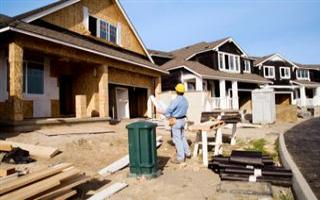 WASHINGTON, DC - Economists participating in yesterday's NAHB Construction Forecast Conference Webinar agreed that the housing market is on the road to recovery, but cautioned that several factors could contribute to a bumpy ride in the coming months.

"Home buyer tax credits clearly did their job and got people back into the marketplace," said NAHB Chief Economist David Crowe, who also served as moderator of the two-hour webinar.

With the expiration of the tax credits in April, Crowe said the housing momentum is being carried forward by low interest rates, pent up household formations, stabilizing prices and budding employment growth.

However, many factors continue to drag on housing at this time – including the critical shortage of credit for new and existing projects, competition from short sales and foreclosures and regional economic disparities.

The availability of acquisition, development and construction (AD&C) financing remains a major concern as the industry moves forward, Crowe said. "Builders still tell us that credit is extremely tight. Banks are saying not so much. That gap is an indication that something is broken, at least when it comes to residential construction."

NAHB is forecasting 552,000 single-family starts in 2010, up 25 percent from last year's 445,000 level, which was the lowest annual output since 1959 when the government began collecting this data.

Suffering from an acute shortage of available financing and a significant shadow inventory of homes lost to foreclosure that are competing against normal inventory, Crowe said that multifamily housing starts are expected to lose further ground this year, falling 18 percent to 93,000 units, before rebounding to 150,000 units in 2011.

Crowe anticipates that nationwide home prices will remain flat this year and post a modest increase in 2011 and that mortgage interest rates will continue to stay low, barely breaking 6 percent by the end of this year, and not rising much above that level through 2011.

The road back to normal levels of residential construction will be longer for some states than others. By the end of 2011, the top 20 percent of the states will see their production levels back to normal. Those states include Texas, Oklahoma, Montana, Wyoming, Tennessee, Louisiana, Mississippi, Alabama and Arkansas and Kansas. The previous boom markets in California, Arizona, Florida and Nevada, along with the Great Lake states of Michigan, Indiana, Ohio, Illinois and Wisconsin that were hit by deep cuts in auto production and manufacturing, will be the last ones to recover.

Mirroring anticipated employment growth, Zandi expects GDP to rise 3 percent this year, approximately 4 percent in 2011 and closer to 5 percent in 2012.

The key factor driving housing demand is jobs, said Zandi. "We're not going to get home sales unless we have jobs. Here the prospect is good. Business balance sheets are in good shape and improving rapidly. These are pre-conditions for better job growth and we should see the job market steadily gain traction."

Zandi forecast that overall housing starts will total 700,000 units this year, close to 1 million in 2011 and about 1.7 million by 2012, which he describes as close to trend and consistent with demographics in a normal functioning economy.

Driven largely by the high foreclosure rate, Zandi expects that home prices will continue to fall modestly in 2010, down about 5 percent on a national average. He calculates that the difference between supply and demand is approximately 750,000 units annually, and it will require until the end of 2011 to work off this extra inventory.

"The good news," he said, is "as the job market improves, so will household formations and demand. So I anticipate we will work off the excess inventory more quickly than the two-year period."

He added that most of the housing surplus is regionally concentrated in Florida, around Atlanta, along the South Carolina coast, in Las Vegas, Phoenix, and Tucson and in the central valley of California.

Taking the most bullish approach to the ongoing recovery, Chris Varvares, president of Macroeconomic Advisers, LLC, forecast that GDP will rise 3.7 percent this year and that housing starts will total 750,000, well above the Blue Chip Economic Indicators consensus of 690,000.

"Personal consumption expenditures are making a very solid recovery," said Varvares. "Residential investment is going from a drag to a contributor. The difference between our forecast and the consensus is the strength in personal consumption and housing."

Although the huge number of foreclosures on the market are accounting for about 300,000 to 400,000 fewer starts than there otherwise would be, Varvares said the fundamentals still point to a solid trajectory for housing.

"With prices stabilizing, demand is picking up and we expect builders to respond. By the end of 2011, we expect about 1.2 million housing starts. This suggests we can have recovery in starts this strong while simultaneously working down excess housing inventory."

The panelists were in unanimous agreement on a number of areas – the Federal Reserve will likely continue to keep interest rates near rock bottom levels at least through the end of the year; the chance of a double dip recession is extremely slim; and policymakers will need to take action within the next two years to increase revenues and cut spending to rein in the burgeoning structural deficit.