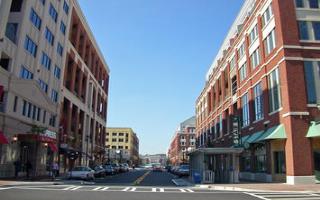 CORAL GABLES, FL - The US economy is recovering and it is beginning to show in job growth. The Bureau of Labor Statistics reported an increase of 290,000 jobs for April. The largest share, 27.5% was in professional and business services with 80,000 new jobs. The federal government followed with 66,000 new temporary workers to assist with the decennial census. Health care also grew, adding 20,000 workers and increasing its year-to-date total to 244,000. For the year, employment has expanded by 573,000 with 483,000 or 84% added to the private sector.

Meanwhile, unemployment increased from 9.7% to 9.9%, which oddly is a "good" sign. The increase is the result of people re-entering the employment market; meaning the economy is starting to recover in earnest. Thus far, the data is reflecting the traditional pattern of a slowly recovering economy.

Looking at past recessions the 1980s appears to be the most similar. It was capital constrained much like we are today. In the 1990s we were over-built and had the S & L crisis to resolve. The cry was "stay alive to '95." In early 2000 we had the dot com crisis and accounting scandals. Looking at the recession of the early 1980s as a guide, it may be 3 years or more before life begins to feel like "normal." The recession of the 1980s lasted 16 months running from July 1981 to November 1982. As a result of that downturn, unemployment peaked in November of 1982 at 10.8%. From that point it took 38 months for the economy to fully recover and for unemployment to fall below 7.0%. It was another 10 months before the economy was consistently below 7.0%. So, full recovery this cycle is likely 3 years away with an optimal selling period 3 to 4 years away at the earliest. Current signals suggest now is an optimal buying period.

Thus far, the current economy is consistent with expected patterns and our forecasts. Other data is also suggesting recovery. This is further illustrated in the most recently available quarterly data extracted from the National Council of Real Estate Investment Fiduciaries (NCREIF). Beginning in the second quarter of 2009, decreases in total returns began to steadily abate, and as of the most recent quarter turned slightly positive. This offers another strong signal that the market has reached bottom and is beginning to turn upward. This is also a strong signal that we are entering an optimal buying period.