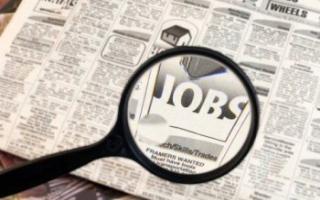 DALLAS, TX - Mortgage employment expanded in the First-Quarter 2010 Mortgage Employment Index from MortgageDaily.com, a leading online news publication for the mortgage industry. It was the second consecutive quarter that mortgage jobs improved. Florida emerged with the biggest gain.

Lenders, banks and service providers terminated more than 1,500 mortgage-related employees in the first quarter, according to the index - which reflects employment activity covered by MortgageDaily.com. But the sector also added more than 2,200 new positions during the period. As a result, mortgage employment expanded by more than 700 jobs. It was the second consecutive quarterly increase.

Illinois saw over 300 mortgage layoffs, the highest of any state. California was close behind with nearly 300, while North Carolina and Ohio each racked up more than 150.

North Carolina also saw in excess of 300 new hirings - more than any of its peers. Florida's nearly 300 hirings followed, then more than 200 in Michigan.

Factoring in both layoffs and hirings, Florida fared best with a gain of nearly 300. Michigan was next, increasing more than 200. A net loss of more than 300 in Illinois was the worst.

Looking at layoffs by company, GMAC led the pack with nearly 500. A contraction of more than 300 jobs at Wells Fargo & Co. ranked it No. 2, and nearly 300 job cuts at Fiserve placed it in the third slot.

More than 400 hirings were made by JPMorgan Chase & Co., the most of all mortgage lenders. Also making a big contribution to the first-quarter growth were the FDIC and Neighborhood Assistance Corporation of America.

The net gain was biggest at JPMorgan: 440. GMAC's net loss of nearly 500 jobs was the most.

The complete Mortgage Employment Index - including full tables by state, year and company - is available at: www.mortgagedaily.com/MortgageEmploymentIndex.asp?spcode=pr

Mortgage employment news, including articles about the Mortgage Employment Index, is available at: www.mortgagedaily.com/MortgageEmployment.asp?spcode=pr