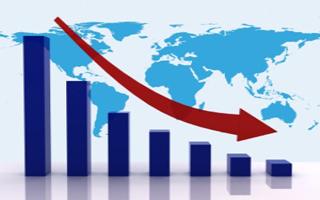 SEATTLE, WA - Home values in most U.S. markets continued to decline in the first quarter of 2010, as the Zillow Home Value Index fell 3.8 percent year-over-year, and 1 percent quarter-over-quarter, to $183,700. However, home values in several large California markets show signs of having reached a bottom, according to the first quarter Zillow Real Estate Market Reports. Housing market conditions varied across the country, and home values in most markets (106 of the 135 tracked by Zillow) continued to decline on a year-over-year basis.

Additionally, negative equity across the country remained high, with 23.3 percent of single-family homes with mortgages underwater, up from 21.4 percent in the fourth quarter of 2009. Foreclosures reached a new peak in March, with more than one out of every 1,000 (0.11 percent) U.S. homes going into foreclosure during the month.

Home values in several large California markets – the Los Angeles, San Diego, San Francisco, Santa Barbara and Ventura MSAs – have stabilized significantly in the past year, marking what may be a bottom. Home values in those markets have risen significantly for at least the past 10 months, after values in all five markets reached a low point in April or May 2009. Although home values could fall again, it is more likely, given current conditions, that they will remain above their lowest level reached last year than fall below.

"It's a very positive sign that several large markets have hit what appears to be a tentative bottom in home values," said Zillow Chief Economist Dr. Stan Humphries. "While this is no guarantee that home values there will not fall again, it is more likely than not that they will remain above their lowest point last year.

"However, we continue to have concerns about other factors playing out in markets across the country. We suspect that the homebuyer tax credits are, for the most part, stealing demand from later this summer, rather than creating new demand. Even with the tax credits in place during the first quarter, inventory levels were rising, and home values continued to decline at a steady clip, rather than steadying. Because of these factors, we believe national home values are more likely to reach bottom in the third quarter of 2010, rather than in the second quarter, as we had hoped. When we do get there, we expect the high rates of negative equity and foreclosures to keep national home value appreciation near zero for some time, possibly as long as five years."

The full national report, in its interactive format, is available at www.zillow.com/local-info. Additionally, in most areas, data is available at the state, metro, county, city, ZIP and neighborhood level.

Zillow.com is an online real estate marketplace where homeowners, buyers, sellers, renters, real estate agents and mortgage professionals find and share vital information about homes and mortgages. Launched in early 2006 with Zestimate® home values and data on millions of U.S. homes, Zillow has since added homes for sale and homes for rent, a directory of real estate and lending professionals, Zillow Advice and Zillow Mortgage Marketplace. One of the most-visited U.S. real estate Web sites, with more than 10 million unique visitors per month, Zillow's goal is to help people become smarter about homes and real estate in every stage of their lives - home buying, selling, renting, remodeling and financing. The company is headquartered in Seattle and has raised $87 million in funding.
Source: Zillow.com