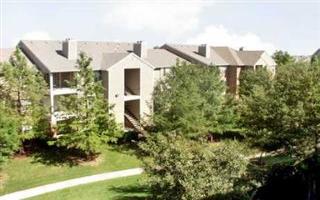 LADERA RANCH, CA - G8 Capital announced today that it has acquired a multi-family apartment complex in Ft. Worth, Texas which it was awarded as the initial buyer failed to perform after two months of lost time for the special servicer. G8 Capital came in and quickly closed the deal within 3 weeks. G8 Capital buys distressed mortgage loan portfolios, as well as other performing and non-performing loans and real estate (REOs), helping both property owners and their lenders.

"Banks and other sellers continue to reach out to G8 Capital because we have a proven track record of committing to and closing deals in a very timely manner, typically with all cash," said Evan Gentry, president and CEO of G8 Capital.

"This is the second transaction in a row where G8 Capital closed very quickly after another investor could not perform, showing the importance of counter-party risk and transacting with buyers that can and will perform," added Daryl Schwartz, Vice President of Acquisitions for G8 Capital.

The multifamily complex, with 264 units on 12.96 acres, is well located within "the Metroplex" which has experienced a large influx of residents in the past year, contributing to high city-wide occupancy rates. In fact, Fort Worth ranks as the 5th best apartment market in the country for 2010. The complex is also located near major area employers including DynCorp., Naval Air Station Joint Reserve Base Fort Worth, and Lockheed-Martin.

G8 Capital plans to completely renovate the complex, offer move-in incentives to tenants, and ultimately significantly increase the area's tenant occupancy rate. The company also plans to invest at least another $130 million in residential and multifamily properties in 2010, including other investments in the Texas real estate market which currently has the strongest economic climate in the country.

"G8 Capital's experienced team makes careful risk-adjusted investments in locations that show growth and opportunity, preserving the interest of investors," said Gentry. "With a disciplined strategy and the relationships necessary to identify and secure attractive opportunities, we are able to consistently deliver exceptional returns to our investors."

In addition to the recent investment, G8 Capital has now completed more than 30 bulk acquisitions since inception in 2007, and has purchased more than 2,000 REO properties and residential whole loans nationwide from nearly all of the major banks and top servicers in the United States. G8 Capital is planning to invest more than $130 million during 2010 in "living component" assets, including residential and multifamily properties, condo developments and conversions, mobile home parks and senior living facilities.

G8 Capital www.g8cap.com is a prudent and disciplined investment firm focused on opportunity-based acquisitions of both residential and commercial real estate assets. G8 Capital acquires real estate and loan portfolios from financial institutions and other sellers that are looking to get fair value and timely execution.
Source: G8 Capital