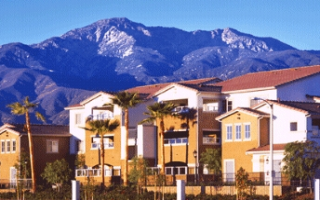 LOS ANGELES, CA - The California Apartment Association today announced its opposition to the proposed rent increase moratorium on rent controlled apartments in the City of Los Angeles. The motion will be heard by the City's Housing, Community and Economic Committee on Wednesday, May 5 at 8:00 AM at Los Angeles City Hall.

Michael Farahnik, President of CAA-LA's Board of Directors remarked, "Given the current real estate and economic crisis, as well as rising costs of operations, including sky rocketing utility costs recently approved by the LA City Council and falling rents across the City, a rent freeze will show investors that RSO properties are no longer a reasonable and sound investment, putting the City's affordable housing stock at risk." Farahnik also indicated that this freeze could put large numbers of jobs in jeopardy. "Like many business owners throughout California, property owners are facing serious challenges. Large complexes, many with crews of maintenance, leasing, and landscaping staff, are having to lay-off workers to cope with rising costs. This move by the Council only makes that situation more dire."

A recent study by the Economic Roundtable on the City of Los Angeles' Rent Stabilization Ordinance noted that "only 7 percent of the RSO inventory is held by owners who report that they are both making a profit and receiving a reasonable return on their investment."

The report showed that "1/4 of the rental inventory in buildings with 5+ units was purchased in 2005 or later – often at peak prices. Most of these properties have high debt service loads and are vulnerable to reduced cash flow during the current recession."

"Now is not the time for the City Council to place these property owners at greater risk of financial loss and hardship. A rent freeze will only harm property owners who are dealing with escalating maintenance, debt service and utility costs, which are not helped by climbing vacancy rates," stated Ryan Minniear, Executive Director of CAA-LA. "The City of Los Angeles should not create financial disincentives for RSO owners to invest in maintenance and improvements to their RSO properties."

The California Apartment Association of Los Angeles (CAA - LA) is a non-profit trade association representing owners, investors, developers, managers and suppliers of apartment communities throughout central, northern and western Los Angeles County. Our mission is to represent the ethical members of the rental housing industry within the County of Los Angeles, and provide information, products and services which contribute to the success of their businesses. CAA-LA encourages and supports the fair, ethical and professional operation of rental housing.
Source: California Apartment Association of Los Angeles