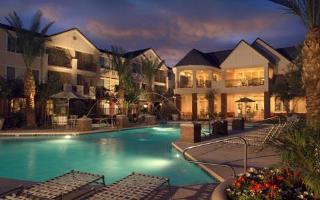 Bob has been with Place Properties for over seven years and has served in several different capacities during his tenure. He joined the company as Chief Financial Officer and has also served as Executive Vice President of Finance, Acquisition and Asset Management. During his tenure, Bob has been closely involved with the growth in Place Properties' operating platform and has been intimately involved in the oversight of PMG's portfolio operations. For the last three years Bob has led all acquisition activity including his involvement in underwriting more than 300 properties totaling in excess of $8 billion. In addition, he has coordinated in depth due diligence and market analysis on these deals.

John M. Crocker, Jr., Chief Operating Officer of Place Properties said, "We are all very excited to have Bob take charge of our property management operations. His tenure with our organization affords him an invaluable intimacy with our properties, our people and our procedures. While Place Management Group is already performing extremely well, we are counting on Bob to drive continued growth, improved efficiencies and enhanced customer satisfaction."

From 1995 until 1999, Bob served as Vice President of Finance for Homestead Village, Inc., a publicly held hospitality company. During his four years with Homestead, the company developed and opened 124 hotels and increased revenues from $18 million to $250 million. Bob participated in raising more than $1 billion in debt and equity and was a key member of the team that led the company through its IPO.

During nearly nine years with Marriott Corporation, Bob was promoted through a variety of accounting and finance positions, including Director of Accounting for the company's Lodging Division.

Place Properties, an affiliated group of companies, is one of the country's largest multifamily development and management organizations. Since 1995, Place Properties has developed more than $1.4 billion of student and military housing communities and currently manages more than 21,000 beds.
Source: Place Properties