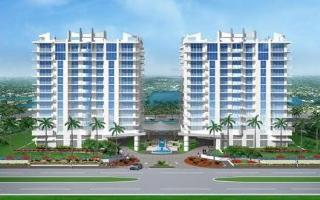 FORT LAUDERDALE, FL - Recording 44 sales since December 2009, Sapphire, a luxury high-rise condominium on North Ocean Boulevard in Fort Lauderdale www.SapphireCondos.com, is at the leading edge of a market rally for new and existing condominiums in Broward and Palm Beach Counties in South Florida. With condo sales increasing 46 percent in Broward County and 45 percent in Palm Beach County in March compared to the same time last year, real estate market analysts are optimistic that steep declines are over.

Good news for Sapphire developer Joel Altman, CEO of the Boca Raton-based The Altman Companies, whose 42-year-old firm has weathered the national economic maelstrom, which has hit South Florida real estate especially hard— starting as far back as late 2006. The 172-unit Sapphire, www.SapphireCondos.com, built in two 12-story towers, initially was a hot commodity when it opened for pre-construction sales in 2006 along Fort Lauderdale's famed barrier island (an upscale narrow strip between the Intracoastal Waterway and the Atlantic Ocean.) Sales, however, slowed dramatically as real estate conditions worsened, and Sapphire, like many South Florida condominiums, suffered, only logging 10 sales over the course of a two-plus year period.

Today, thanks to a policy that has reduced original pricing up to 40 percent and coupled with renewed consumer confidence and a growing buyer appreciation of getting exceptional values for a first class beach area community, Sapphire sales are literally "sizzling", according to Carolyn Block Ellert, Owner/Broker of Premier Sales Group, the sole sales and marketing agent for Sapphire.

"Not since the height of the market have we seen such a tremendous number of potential buyers," said Ellert, whose sales team lately has been seeing 70 visitors per week, up from 18 per week the same time last year. "It just proves that if you have a superior product at the right price in a great location, people are excited and motivated to buy."

Now with just over 60 residences to sell, Altman feels the market and the general economy beginning to revive. Prices now range from the $290's to just over $1.1 million for a penthouse.

A recent survey, conducted by Move Inc., found wide-ranging concerns about the financial conditions of homeowners in a challenging economy, but also demonstrated evidence of increased demand, especially among those looking for exceptional deals and good values.

So has the residential real estate market, one of the country's leaders in foreclosures, hit bottom in South Florida?

David Dabby, a Coral Gables housing analyst, was recently quoted in a South Florida real estate blog: "I don't see prices declining significantly," he said. "They're basically at levels that people can afford." For developers, like Joel Altman, the long awaiting "buy" signal is quite welcome, as are the new sales numbers.
Source: The Altman Companies