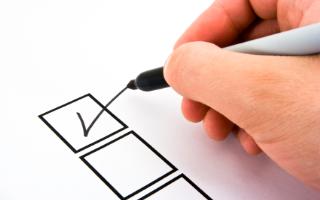 ALEXANDRIA, VA - Seventy-one percent of the 60 million Americans who live in homeowners associations and condominiums say they are satisfied in their communities - an approval rating that most politicians would consider utopia. But not everybody likens association living to a perfect world. While 17 percent of association residents are neutral on the question of satisfaction, 12 percent express dissatisfaction with their community associations, according to a national survey conducted by Zogby International.

"There is definitely room for improvement, but it cuts both ways," says Thomas M. Skiba, CAE, chief executive officer of Community Associations Institute (CAI), a national, nonprofit membership organization that provides education and resources to association-governed communities. "Just as there are some poorly managed communities, many associations must contend with some very difficult residents."

Skiba says discontent in associations can be caused by a number of factors, including unreasonable association boards, residents who refuse to comply with established rules and trying financial circumstances, which have become especially critical for many homeowners and associations during the current housing and economic downturn.

Although some discontent is related to paying community association assessments, eight in 10 homeowners say they get a "good" or "great" return for their fees.

"How many Americans would say that about their taxes?" asks Skiba.

89 percent of residents say association board members strive to serve the best interests of the community.

"The vast majority of people who govern and manage associations are working diligently to build strong and stable communities, and their residents appreciate and value their efforts," says Skiba. "They're succeeding without fanfare. That's why we don't hear about them."

The survey was sponsored by the Foundation for Community Association Research, an independent, nonprofit organization dedicated to community association research and scholarship. Based on a random, national telephone survey in December 2009, the findings have a margin of error of plus or minus 3.8 percent. A free brochure summarizing the findings can be downloaded at www.cairf.org/research.

With 30,000 members and almost 60 chapters across the country, CAI works on behalf of the homeowner volunteer leaders and professionals involved in the governance and management of associations. More information can be obtained at www.caionline.org.
Source: Community Associations Institute