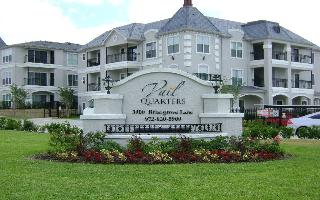 BEVERLY HILLS, CA - While the recession has forced many other real estate companies to the sidelines, Aragon Holdings www.AragonUSA.com continues to pursue an aggressive strategic acquisition program. Aragon today announced the purchase of Vail Quarters, a 332-unit Class A apartment complex in the "Platinum Corridor" area of Dallas, Texas.

Vail Quarters is Aragon's eighth acquisition in Texas during the past 16 months, and its second in the Dallas market; in February it purchased the 256-unit Fairway Apartments. Aragon's Texas apartment portfolio, including properties in San Antonio and Houston, now totals approximately 2,000 units.

Vail Quarters was acquired "off-market" from Adams Rib Ltd., a partnership formed by a second-generation apartment builder in Dallas. Terms were not disclosed. However, Mr. Clark said that the latest transaction brings Aragon's total portfolio to over $100 million, all acquired since Q4 2008.

Aragon's rapid growth propelled it into the ranks of the "Top 100 Buyers of 2009" for multifamily properties, as announced in February by the respected research firm Real Capital Analytics, Inc. The study, which tracked all U.S. multifamily transactions valued at more than $2.5 million, placed Aragon Holdings in the top 100 buyers of apartment properties. Of those 100 companies, only four acquired more properties during 2009 than Aragon Holdings.

"The recession has created enormous challenges for American businesses and families," said Mr. Clark, "but as our success demonstrates, even in these times our nation's economy continues to present some very attractive opportunities." He said the company's strategy of buying infill multifamily properties that safely generate immediate cash-on-cash returns has strong appeal to investors at a time of economic uncertainty.

"There are signs that the nation's overall economy is moving toward recovery, which will result in even higher demand for apartment housing," Mr. Clark said. "As a result, the multifamily real estate sector will outperform many other investment categories."

Mr. Clark said Aragon Holdings is actively seeking to purchase additional properties throughout the Southwest region of the United States.

Aragon Holdings is a Real Estate Investment Company based in Beverly Hills, California that acquires and manages income producing assets throughout the United States on behalf of institutional and high net worth investors.
Source: Aragon Holdings