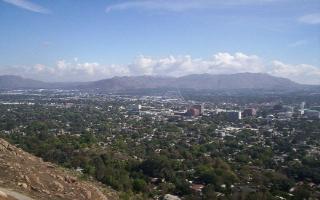 RIVERSIDE, CA - Forestar Land Partners, a venture between the owners of Foremost Communities and a Starwood Capital Group Global, LP controlled affiliate, announced today it has acquired one of the most prized residential properties in Riverside County. Forestar purchased more than half of the 402 lots in Riverwalk Vista, a partially developed master planned community of almost 100 acres in the City of Riverside just south of Interstate 91 at La Sierra Avenue, at a public auction for $9.5 million and is now master developer for the entire project. The transaction further extends the strategic vision outlined by Forestar, created by Foremost Communities and Starwood Capital, a leading private investment firm specializing in real estate, in 2007 to pursue high potential residential land opportunities in Southern California.

"Riverwalk Vista has been one of the most sought-after projects in the Inland Empire over the past few years," said Foremost President Steve Cameron. "It's a beautiful and well-designed gated community within walking distance to schools, mass transit and shopping. By the time it got mothballed in 2007, the original developer already had installed the roads, utilities and entry gates and landscaping, so it's primed and ready to go."

Foremost plans to hold the 217 lots it just purchased in the back half of the community for three to four years. It is also interested in acquiring the remaining 185 lots - which include 39 existing model and production homes - as soon as they become available.

Riverwalk Vista features fountains, lush greenbelts, neighborhood parks, walking trails and a resort-style pool and community center. Competition to develop the properties was expected to be fierce, but the sale of the lots has been on hold while the group of banks that owned it - Bank of the West, Wachovia and Imperial Capital - worked out a go-forward business plan.

Riverwalk Vista will be an infill residential community that blends a variety of single-family detached homes into an integrated setting of three separate villages with varying lot sizes supported by a network of active and passive open spaces. The land purchased by Foremost - which encompasses parts of all three villages - is located on the southern side of the property and consists of 49 large 6,000 sq. ft. lots, 51 medium 4,200 sq. ft lots and 117 smaller 2,700 sq. ft. lots.

The property is adjacent to Interstate 91 and the La Sierra Metrolink Station, providing access to job centers in Orange and Los Angeles counties. To the south are Arizona Intermediate School and a new neighborhood shopping center anchored by a Ralph's supermarket that lies to the southwest.

Foremost Communities, Inc. is a land investment company based in Irvine, California that purchases residential property at any stage of entitlement throughout Southern California. In addition, the firm partners with other land developers and will provide both equity and debt to recapitalize existing projects. The performance of Foremost is backed by the leading real estate investment firm of Starwood Capital Group Global, LLC and its residential arm Starwood Land Ventures.
Source: Forestar Land Partners