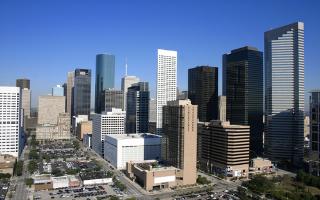 CLEVELAND, OH - Forest City Enterprises, Inc. announced the creation of a partnership with Johnson Development to provide capital for the financing and development of Woodforest, an active, 3,000-acre master planned community in suburban Houston, Texas.

A subsidiary of Forest City invested a total of approximately $7 million to help secure the extension of an existing development financing facility with a local Houston bank, and to acquire an existing mezzanine loan at a discount from a prior lender that has exited the market. The development financing facility will remain in place to fund future development of lots in Woodforest. Forest City will have a majority combined ownership interest in the venture.

"This partnership enables us to acquire debt at a very significant discount and participate over the long term in a great project in one of the strongest single-family home markets in the United States," said Charles A. Ratner, Forest City president and chief executive officer. "This is an excellent example of our strategy of capitalizing on opportunities created by market conditions. It also expands our presence in the Texas market, where fundamentals in the single-family home market have held relatively steady and the longer-term outlook remains very positive."

Woodforest is located in southern Montgomery County, north of Houston. The project is zoned for approximately 5,700 units. Five home builders are currently active in the project and have model homes in place. The project is being developed around the 27-hole Woodforest Golf Club that opened in 2001 and has been rated one of the top courses in the state.

Forest City Enterprises, Inc. is a $11.9 billion NYSE-listed national real estate company. The Company is principally engaged in the ownership, development, management and acquisition of commercial and residential real estate and land throughout the United States.
Source: Forest City