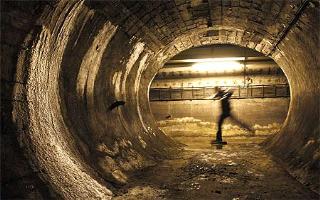 DEL MAR, CA - There are only 1,000 days remaining until the date that many believe the Mayan and Hopi Indians predicted the world will end. While December 21, 2012 may not be the final date, a visionary company, located in California, is now preparing a nationwide network of underground shelters for the long-term survival of possible future catastrophes, in 2012, or decades beyond. The $200 million project called Vivos (Latin meaning: to live), will accommodate up to 4,000 people, in as many as 20 shelters, each strategically located within 150 to 200 miles of a major metro area. Robert Vicino, founder of Vivos states: "The Vivos complexes are deep-underground, airtight, fully self-contained blast proof shelters, designed to survive virtually any catastrophe or threat scenario including: natural disasters, a nuclear blast, chemical and biological weapons, or even widespread social anarchy." Vivos' first nuclear blast shelter is located near Barstow, California, halfway between Los Angeles and Las Vegas, and has already received over a thousand applications for membership from people greatly concerned about their families' survival.

Each Vivos shelter complex provides for up to one year of autonomous shelter for 200 people, complete with all necessities, including food, fuel, water, clothing, medical supplies, and security devices in a multi-level, 20,000 square foot hardened shelter, built 30 feet below the surface of the Earth. Owners need only to arrive before the facilities are secured.

At a cost of over $10 million per facility, the company is financing the development through deeded co-ownership, wherein each owner has an undivided interest. "These tenant-in-common interests are fully transferable, may be willed to your heirs, or sold anytime in the future," advised Vicino who is also the President of Fractional Villas, a global real estate company offering fractional ownership of high-end resort homes. "Fractional ownership makes Vivos affordable to virtually anyone who wants a survival solution for themselves and their loved ones," he added.

The government has vast underground shelters rumored to accommodate thousands of officials and the elite. Vivos has priced and prepared their survival shelters for the average person to ride out potential catastrophic events, whether they are the proverbial end times, Armageddon, predicted 2012 threat scenarios, the Apophis asteroid that is due to make a very close call to the Earth in 2029 and again in 2036, or whatever nature, or mankind can create.

Like Noah's Ark, Vivos will select a wide cross-section of people of all ages, ethnicities, religious beliefs, professions and skills, with a goal to create each community representing as many talents as possible. Vicino stated: "We want as much diversity and skills as possible to support one another. 200 doctors and no plumbers could be a real disaster." The Vivos philosophy is that the chance of survival is far greater with a large community, than the lonely existence of a small survival group in a claustrophobic backyard bunker. Vivos has no religious connection, although Vicino proffers: "The proverbial 'chosen few' may very well be those that choose to secure a solution for coming events, before it is too late."

As dramatized in an animated walk-through video www.terravivos.com/secure/solution.htm, the Vivos shelters are designed similar to a custom mega-yacht, or cruise ship, with every convenience provided for the long-term comfort of the owners. Amenities include: lounge areas, theaters, kitchens, libraries, medical facilities, exercise equipment, private staterooms and baths, storage for up to one year of supplies, off-road and armored vehicles, helicopter landing areas, communications facilities, a security force and even a detention area. Every detail has been considered and planned for. Owners need only to arrive before their facility is secured prior to a threatening event.

Millions of people believe that we are living in the "end times". Vivos recognizes this pent-up demand and has created Vivos shelters as the only non-government solution for citizens to survive virtually any apocalypse. Vivos is being marketed on the company's website www.terravivos.com as the ultimate life assurance that will always be there, even on short notice.

"Disasters are rare and unexpected, but on any sort of long timeline, they're inevitable. Where else would you go with just a few days' notice?" Vicino concluded.
Source: Vivos