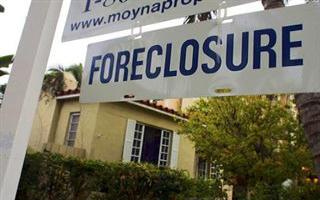 NEW YORK, NY - Dozens of local officials from 12 of the regions hit hardest by the housing crisis are meeting at Harvard University today, March 14, and tomorrow, March 15 to develop new strategies for stabilizing neighborhoods that experience large numbers of foreclosures. "The Neighborhood Stabilization Boot Camp" is sponsored by Living Cities together with the Ash Institute for Democratic Governance and Innovation at Harvard University John F. Kennedy School of Government.

Living Cities, an innovative philanthropic collaborative of 22 of the world's largest foundations and financial institutions, hopes that the intensive, two-day session will result in a dramatic increase in the speed and scale of smarter, more sustainable neighborhood stabilization by: Helping to define new strategies that will have a material impact on targeted neighborhoods. Sharing "game-changing" practices that will accelerate keeping units occupied and putting property vacant units back into productive use. Significantly leveraging the more than $6 billion in federal funds, with an emphasis on accessing larger and more flexible amounts of private capital.

"Everyone, from government agencies and nonprofits to financial institutions and foundations, is frustrated by our collective inability to get stabilization efforts to scale. This Boot Camp is a direct response to that frustration," said Ben Hecht, President and CEO of Living Cities.

The neighborhood-level impacts of concentrated foreclosures can be devastating: blight, depressed property values, diminished property tax collections and a reduction in municipal services – a negative feedback loop that repeats and worsens. In 2009 alone, foreclosures have may have reduced property values of nearby homes—most owned by families paying their mortgage on time—by more than $500 billion, according to the Center for Responsible Lending.

"It's important that government at every level, along with the private sector and non-profit community, ramp up our collective effort to confront the foreclosure crisis head on," said HUD Secretary Shaun Donovan. "The scale of this challenge demands that we redouble our efforts to stabilize neighborhoods and restore a real sense of sustainability to our American Dream."

The Roy and Lisa Ash Center for Democratic Governance and Innovation advances excellence in governance and strengthens democratic institutions worldwide. Through its research, education, international programs and government innovations awards, the Center fosters creative and effective government problem-solving and serves as a catalyst for addressing many of the most pressing needs of the world's citizens.

Founded in 1991, Living Cities is a unique philanthropic collaborative of 22 of the world's largest foundations and financial institutions. Over the past 18 years, Living Cities has invested more than $600 million in American cities-leveraged into $16 billion and making a demonstrable difference in neighborhoods throughout the nation. Our members are not simply funders. They participate at the senior management level on the Living Cities Board of Directors and contribute the time of 80+ expert staff toward crafting and implementing an agenda that is squarely focused on improving the lives of low-income people and the urban areas in which they live.