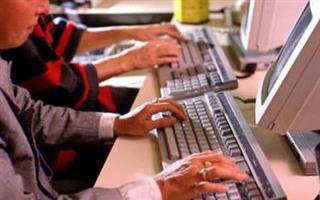 SEATTLE, WA - Real estate Web site Zillow.com announced it broke multiple records for site traffic and user activity in 2009. An average of 8.2 million unique users visited Zillow each month during this period, which is an increase of 57 percent year-over-year. Additional milestones include: 37 percent year-over-year growth in page views in 2009. 3.9 million for-sale, rental and Make Me Move listings are posted on Zillow, up 43 percent year-over-year, as the result of more listings feed partnerships with brokerages and Multiple Listings Services.

In December 2009 Zillow launched Rental Listings and Search, enabling anyone to post a home for rent on Zillow, and giving home shoppers the option to search both homes for sale and homes for rent. Nearly one million of Zillow's monthly visitors are exclusively renters, with countless others searching both types of homes simultaneously.

The Zillow iPhone App has been downloaded more than 870,000 times since its launch in April 2009, quickly making it the most popular real estate app on the iPhone. Over 2 million homes are viewed on the app each month. Additionally, O'Reilly Media named the Zillow iPhone App "Best App for Real Estate" and a "top pick."

Consumers submitted 550,000 loan requests on Zillow Mortgage Marketplace in 2009. Of those requests, 46 percent, or 253,300 were for refinance loans as mortgage rates reached record lows in 2009. Lenders responded with more than 10 million custom loan quotes during this same period. To date, more than 7,000 lender ratings and reviews have been submitted by borrowers.

"2009 was a wild year for real estate, with continued home value declines, government intervention, record low mortgage rates, and an enormous amount of consumer uncertainty about what the future holds," said Spencer Rascoff, Zillow's chief operating officer. "As a result, people flocked to Zillow for information and advice. Uncertainty always benefits information providers, and 2009 was the year that Zillow solidified its place as a clear leader in providing millions of people with real estate information."

"It also was the year we saw a real shift change in how people consume and find real estate information. Within just eight months of launching our Zillow iPhone App, it's been downloaded nearly 900,000 times and over 2 million homes are viewed via the Zillow iPhone App each month. It's clear to us that more and more people want Zillow's real estate information on location, while touring neighborhoods and homes, and we expect this trend to magnify in 2010," Rascoff said.

Zillow.com is an online real estate marketplace where homeowners, buyers, sellers, renters, real estate agents and mortgage professionals find and share vital information about homes and mortgages. Launched in early 2006 with Zestimate® home values and data on millions of U.S. homes, Zillow has since added homes for sale and homes for rent, a directory of real estate and lending professionals, Zillow Advice and Zillow Mortgage Marketplace. One of the most-visited U.S. real estate Web sites, with more than eight million unique visitors per month, Zillow's goal is to help people become smarter about homes and real estate in every stage of their lives - home buying, selling, renting, remodeling and financing. The company is headquartered in Seattle and has raised $87 million in funding.
Source: Zillow.com