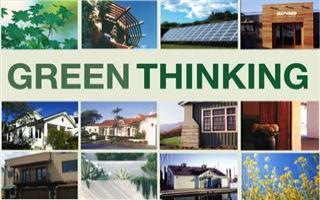 HARTFORD, CT - With the New Year right around the corner, electricity supplier Direct Energy is encouraging Connecticut consumers to extend their energy-saving habits into 2010 by adopting one or two resolutions that are focused on using less energy around the house. "We don't have an energy problem in North America, we have an energy-waste problem," said Cory Byzewski, vice president and general manager of Direct Energy. "Residents can take control of their energy usage and spend in 2010 by adopting simple energy savings steps into their regular routine."

According to a survey commissioned by Direct Energy, roughly 31 percent of Connecticut residents have adopted a New Year resolution in the past, and most plan to do so again in 2010. For the other 69 percent, Direct Energy offers the following simple resolution ideas for consumers looking to save a bit of green - both financially and environmentally - in the coming year:

Invest in timers and resolve to use them. Leaving the front porch light on when away or through the night gives a certain sense of security; it also keeps the meter turning and racks up dollars throughout the year. Ditto for the living room lamp left on while the house is empty due to travel or vacation. A little here and there won't break the bank, but added up throughout the year, it's a significant waste of energy and money. Timers and motion-sensors can bring that same feeling of security while also avoiding unnecessary energy usage - but the survey showed that only 33 percent of Connecticut residents ever use them. It's a fairly inexpensive investment requiring little change on the consumer's end, but it can have a positive impact on those annual energy costs, while making the house look occupied even when it's not.

Shop the post-holiday sales for more efficient lighting. Consider using some of those gift cards toward purchasing LED (low-emitting diode) holiday lights when they go on sale in January; they run cooler, last longer, and use 10 percent of the energy an incandescent bulb does. Have money left on that gift card? Stock up on compact fluorescent lightbulbs (CFLs) for year-round use inside your home. They also last a lot longer and use much, much less electricity for the same lighting as their incandescent counterparts.

Turn it off and unplug it. How many times have you found the television watching the room in your house? Remember to turn off lights and electronics whenever you leave a room and unplug anything that isn't in use to prevent electronics from consuming power even when they're not on. The simple flick of a switch and pull of a cord will help you conserve energy.

Commit to preventative maintenance. This can be as easy as changing the filter on the heating or cooling system on a regular basis to avoid the buildup of particles that make the system work harder than it needs to and can avoid unnecessary wear-and-tear on the system's components. To maximize the efficiency potential, resolve to have the system checked annually by a qualified technician who can help diagnose problems before they cause system down-time at the least convenient moment - like the next family gathering.

Understand your electricity pricing plan. Make sure you know who your retail electricity provider is, what type of plan you're on (whether it can change from month-to-month or depending on market changes, or whether it's fixed), what the length of your agreement term is, and when it expires.

"We all can stand to use a little less energy without really impacting our comfort and lifestyle. At the end of the day, the less you use, the less you have to pay," said Byzewski.

The Holiday Energy Usage Survey, conducted by Polaris Marketing Research on behalf of Direct Energy, was conducted through online surveys of 2,438 consumers in both the United States and Canada using an online panel. Consumers were screened to ensure they were at least 18 years of age, lived in a single-family home, and were responsible for paying a monthly electric bill. Online interviews were completed in early November with at least 300 qualified respondents in Pennsylvania, Connecticut, Michigan, New York, Ohio and Texas in the United States, and Alberta and Ontario in Canada. The margin of error for n=300 at the 95 percent confidence level is 5.7 percent.

Direct Energy is one of North America's largest energy and energy-related services providers with over 5 million residential and commercial customer relationships. Direct Energy provides customers with choice and support in managing their energy costs through a portfolio of innovative products and services. A subsidiary of Centrica plc (LSE:CNA), one of the world's leading integrated energy companies, Direct Energy operates in 20 states and 10 provinces in Canada.
Source: Direct Energy