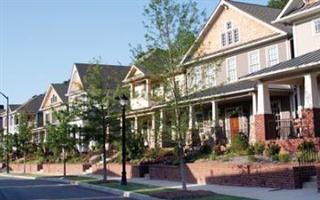 SEATTLE, WA - Homeowner confidence was all over the map in the third quarter, as home values in some parts of the country stabilized while other areas saw continuing declines. Homeowners in the Northeast were the most cynical about their own homes' values over the past 12 months, although the region posted the highest percentage of homes increasing in value during that same time period, according to the Zillow Q3 Homeowner Confidence Survey and the Zillow Q3 Real Estate Market Reports.

One in five (20 percent) Northeastern homeowners believes their own home gained value in the past 12 months, according to the survey. But in reality, 31 percent of homes in the region increased in value, according to the Zillow Q3 Real Estate Market Reports.

Homeowners in the West were the least realistic in the country, with 28 percent believing their own homes' values increased in the past 12 months. According to Zillow, 17 percent of homes in the region actually increased, resulting in a Misperception Index of 17.

The Midwest had a Misperception Index of 8, while the South had an Index of 15.

Nationally, 25 percent of homeowners believe their own home's value increased in the last 12 months. In reality, 22 percent of U.S. homes gained value. But fewer than half (49 percent) believe their home's value decreased over the past 12 months, while 72 percent actually decreased. That discrepancy between perception and reality resulted in a Misperception Index of 10.

"Homeowners are clearly confused about the housing market, and with good reason," said Zillow Chief Economist Stan Humphries. "Home values in different parts of the country have shown varied performance in the third quarter. In the Northeast, they have shown significant stabilization. In the Boston metro area, values are even up from this time last year. That gives Northeastern homeowners a negative Misperception Index in the third quarter, the first time we've seen this.

"But across the rest of the country, homeowners are holding onto the hope that home values have performed better than they have in reality. Consistent with all previous surveys, homeowners also seem to be overly optimistic about future home values. While we have definitely seen some stabilization in recent months, there is a high likelihood that home values will see further declines driven by an increasing number of foreclosures coming into the market and, possibly, rising interest rates after the first quarter of next year. The homebuyer tax credits have the potential to stimulate demand and bring about a bottom sooner but, even so, we are very likely to see a sustained period of negligible appreciation in real terms. It seems that homeowners are still working under the assumption of a V-shaped recovery to home values when a long, L-shaped recovery is more likely."

The level of pent-up supply - a component of "shadow inventory" - remained relatively steady from the second quarter to the third. Nearly one-third (31 percent) of homeowners indicated they would be at least somewhat likely to put their home up for sale in the next 12 months if they signs of a real estate market turnaround(4). That is up slightly from 29 percent in Q2. Homeowners said that hearing more general good news about the economy (45 percent), the ability to sell their home for more than they paid for it (43 percent) and evidence of increasing home sales in the local market (43 percent) would be the primary indicators of a real estate turn around.
Source: Zillow.com