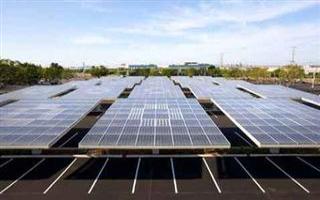 PONTE VEDRA BEACH, FL - Solar Energy Initiatives, Inc. (OTCBB:SNRY), executing on a grass roots campaign, "RENEW THE NATION", to help redeploy a portion of the U.S. work force and focus on reducing the world's dependence on fossil fuels by selling solar thermal and photovoltaic (PV) technologies, today announced that the Company signed a contract securing land for the design, construction and operation of a solar park in west Texas. A Limited Liability Company will be formed to own, finance and operate the solar park. Solar Energy Initiatives will sell the solar panels and balance of system to the LLC, generating as much as $750 million in revenue within a 6 year time period. During the first year of development, the project will generate over $100 million in sales. The revenue approximation is solely based on the sale of the solar panels and does not account for the sale of generated electricity.

Construction of the 300 megawatt system represents the largest non-utility owned solar park to be created. Preliminary work, including zoning, permitting, EPA approvals and other activities will begin immediately with construction set to begin in the next 18 months. The project will be constructed in various increments over the six year time frame. At full capacity, the solar park could generate enough green renewable energy to displace approximately 700,000 metric tons of carbon emissions, annually, that would have otherwise been produced by non-renewable power generation. The project could produce enough energy to provide power to approximately 60,000 homes.

"Solar Energy Initiatives is thrilled to have secured such a monumental contract," stated, David Fann, Chief Executive Officer of Solar Energy Initiatives. "The size and scope of this venture represents a significant milestone in establishing the Company as a true market leader within the rapidly expanding solar deployment sector. It is an incredible testament to our management team and Board of Directors that we have been successful in securing the contract to build the largest non-utility owned solar park."

Mr. Fann continued, "As we continue to attract additional funding for these projects from our partners we will bid on new projects that make strong economic sense for our Company. The deployment of these large scale projects will enhance our ability to negotiate panel prices with solar panel providers which will enhance our overall margins and drive our profitability. Management believes that the signing of the solar park contracts will assist us in working with additional municipalities and land owners to obtain additional contracts, increase our earnings and achieve our primary goal of improved shareholder value."

Solar Energy Initiatives, Inc. www.SolarEnergy.com is executing its "RENEW THE NATION" campaign, intended to promote job growth nationwide via an aggressive grass roots effort. The main focus of RENEW THE NATION will be working with companies in the construction industry and related trades affected by the economic downturn to re-train and re-deploy their workforce, allowing this important national asset to meet the needs of the Solar Energy industry, the fastest growing industry in the world. We are executing on a three-pronged approach to achieve our plan. This includes: continuing development of one of the fastest growing dealer networks in the U.S. that sells and installs solar solutions to homeowners and commercial customers; placing solar systems on large commercial buildings and selling the energy output to the owner/occupant(s); and becoming a developer of solar parks bringing together landowners, utilities and our corporate resources to build large photovoltaic installations.
Source: Solar Energy Initiatives, Inc.