Trump Making Sure Ed McMahon Has A Home 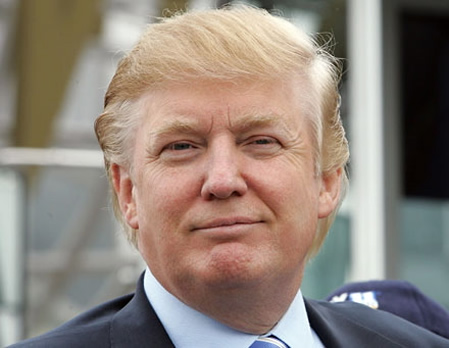 NEW YORK, NY - Donald Trump originally stepped in months ago offering to buy the home, but it never worked out. Turns out Trump has been in the background all along. Michael Cohen, Trump Exec. VP and Special Counsel, tells me that Countrywide was playing Trump and Foreclosure Trackers against each other for weeks "in order to bid up the notes." He says Foreclosure Trackers CEO Robert Lee then approached him to say he had an investor willing to pay more than Trump's initial offer, so Trump decided to back off. Participating in a bidding war "wouldn't help the McMahons." However, Trump was "adamant" that Foreclosure Trackers keep him in the loop every step of the way so he could ensure the McMahons were treated fairly.

"The ultimate goal was to have the McMahons stay in their home," Cohen says. "This was not a good business deal for Mr. Trump, it was a gesture from the heart for an American icon." Robert Lee of Foreclosure Trackers confirms all this, saying that, even after Trump backed out, "The deal was dead like five times."

Lee says he's reached a "verbal agreement" with McMahon to modify the two mortgages. He says the first mortgage had an unpaid balance of $4.8 million, with $880,000 in arrears. The second mortgage had an unpaid balance of $300,000, with $25,000 of that late. Lee would not say how much of a discount he got in taking the loans off Countrywide's hands, only that "it was a fair deal." He says he expects to lower the principal and the payment for McMahon, and reassess every three months whether to ramp up those payments. He says that McMahon is "very healthy" and has "a fire in his belly." Still, the verbal agreement to modify the mortgages has yet to be put in writing. And when we talked with McMahon spokesman Howard Bragman last night, the entire story was news to him.

So, Countrywide tells us the notes have been sold. The Trump organization confirms it. And Foreclosure Trackers says it has a verbal agreement with McMahon for a deal that will keep him in his home. The only person we haven't heard from is Ed McMahon.
Source: CNBC.com