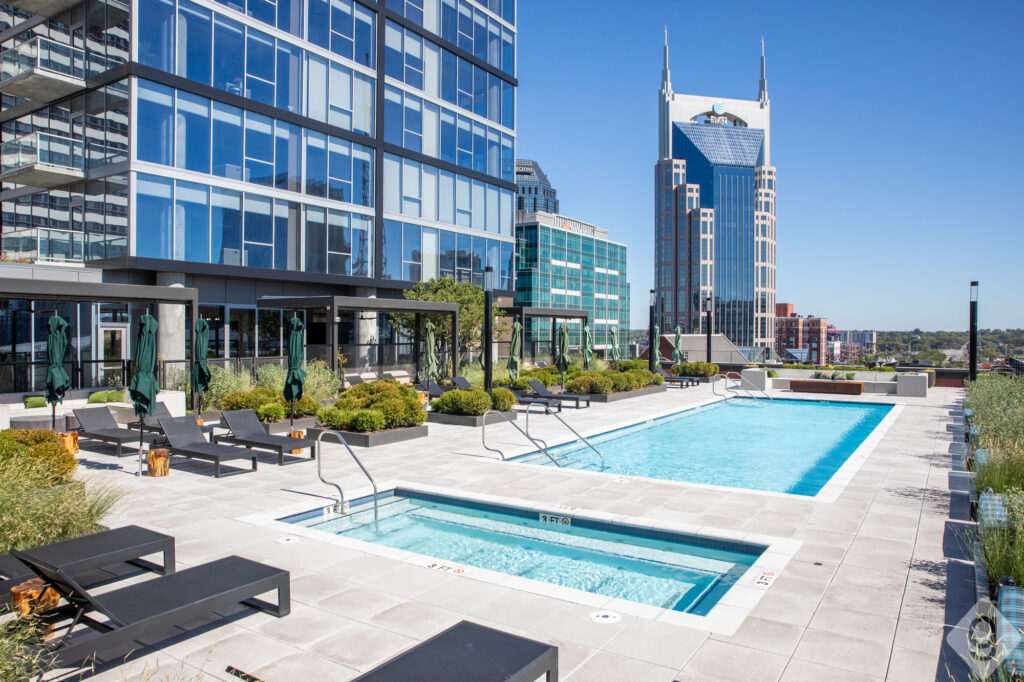 NASHVILLE, TN - Global real estate investment firm Northwood Investors announced its acquisition of Fifth + Broadway, a newly developed 6.2-acre mixed-use, open-air center. The property was developed and operated by Brookfield Properties, which completed construction in 2021. Northwood has purchased the property in its entirety, including its retail district, 501 Commerce office tower and The Place esidences, from a subsidiary of Brookfield.

As Northwood expands its footprint in Nashville with this prized entertainment complex, it looks forward to furthering Brookfield's vision for the center. Northwood is well-positioned to take the reins in managing the project with its vertically integrated platforms and experience with retail and mixed-use assets. Most of Fifth + Broadway's management team have transitioned to Northwood and will continue in their existing roles, bringing their strong local experience and knowledge to the property.

Northwood is already deeply involved in the Nashville market; this latest acquisition marks the fifth asset the firm has invested in within the city. Other properties include The Conrad hotel, Capital View apartments, the McEwen Northside mixed-use center and Franklin Park office towers.

"We feel that Fifth + Broadway's energy and integration in the heart of downtown is unparalleled," said Managing Director of Northwood Investors Erin Cannata. "As a mixed-use asset, all its elements work together cohesively, and Brookfield has done a phenomenal job with its development. Our Northwood management team is excited to carry on the torch, engage with the city, and partner with tenants like The National Museum of African American Music, Alliance Bernstein, The Twelve Thirty Club, Assembly Food Hall and more."

Centrally located within Nashville's vibrant urban core, Fifth + Broadway is one of the largest single-phase mixed-use developments in the history of the city and the state of Tennessee. The revolutionary downtown project, which replaced the 6.2-acre Nashville Convention Center site, delivers 250,000 square feet of strategically selected retail and entertainment, the 56,000-square-foot National Museum for African American Music, 367,000 square feet of Class-A office space at 501 Commerce, 381 residential units at The Place at Fifth + Broadway and more than 2,000 parking spaces. The project, which sees nearly five million annual visitors, was built for a post-COVID-19 world with outdoor space, accessibility, safety and parking in mind.

"We feel Nashville is a high-growth market, and one that we have been watching since 2011," said President of Northwood Retail Ward Kampf. "It's an 'it' city for business and entertainment and Fifth + Broadway epitomizes Nashville– a world-class, generational asset that draws locals and tourists alike. We believe the attention to detail, aesthetics and connectivity are unmatched, making it a transformative catalyst for the fabric of lower Broadway."

Northwood is committed to the city of Nashville, which it values for its diversified economy, one-of-a-kind cultural authenticity, attractive cost of living, and premier talent base, which has transformed the city into a 24/7 destination. The firm looks forward to collaborating with the city, its retail and office tenants, and the National Museum for African American Music as it evolves this asset, which is seamlessly integrated into the streetscape and cultural heart of Downtown Nashville.

"Fifth + Broadway is a thriving mixed-use complex, and we are very proud of its development and success as a major destination in and economic driver for Nashville," said Burgin Dossett, vice president of development for Brookfield Properties. "While Brookfield has successfully recapitalized the asset in line with its overall investment strategy, we remain very interested in Nashville and excited about its future."