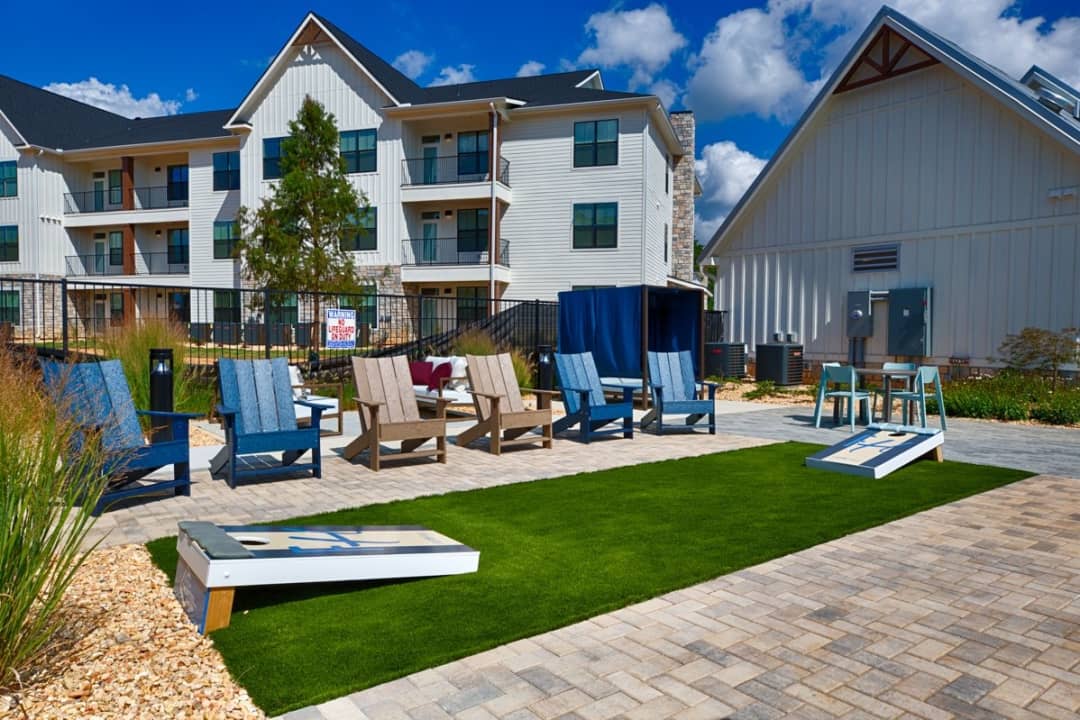 HUNTSVILLE, AL - Capital Square, one of the nation's leading sponsors of tax-advantaged real estate investments and an active developer of multifamily communities, announced the acquisition of FarmHaus Apartments, a 324-unit Class A multifamily community located in the Huntsville suburb of Madison, Alabama.

"Huntsville is the epicenter of the military defense industry," said Louis Rogers, founder and co-chief executive officer of Capital Square. "With more PhDs and engineers per capita than any other city in the U.S., this tech-centric city is home to the nation's second-largest research park, the U.S. Space & Rocket Center, and Redstone Arsenal that supports the national defense with large groups from the Department of Defense, Department of Justice, and NASA. Expanding Capital Square's multifamily investment footprint in this stable and growing market just makes sense."

FarmHaus is adjacent to the Clift Farm master development, which is home to numerous retail outlets including a 400,000-square-foot Publix. The property's location along Highway 72 provides residents easy access to multiple job centers throughout the Huntsville area, including Redstone Arsenal, Cummings Research Park and the newly opened Mazda Toyota Manufacturing facility.

"FarmHaus Apartments is a Class A multifamily community located in an affluent part of Greater Huntsville, where population growth has exceeded 30 percent since 2000 and continues to expand at a rapid pace," said Whitson Huffman, co-chief executive officer. "The local economy is vibrant and demand for quality rental living continues to far exceed available supply, making FarmHaus an attractive opportunity for Capital Square and the investors we serve."

The Huntsville metropolitan statistical area has experienced a substantial 31.6% increase in population growth since 2000 and the city is projected to add 50,000 new residents by 2025. According to the U.S. Census Bureau, Huntsville's population growth is the fastest in the state of Alabama and it is the most affordable city in the country, per reporting by U.S. News. Research by Yardi Matrix demonstrates that the median household income within a three-mile radius of FarmHaus exceeds $100,000.

Known as "Rocket City" for the development of the first rockets that put men on the moon, Huntsville is the largest city within the state of Alabama and is home to several higher education institutions, a variety of growing job industries, outdoor recreation activities, and numerous entertainment and retail options. Top industries in Huntsville include military/aerospace and defense-related businesses, as well as medical, education, aeronautics, research, telecommunications and local government.