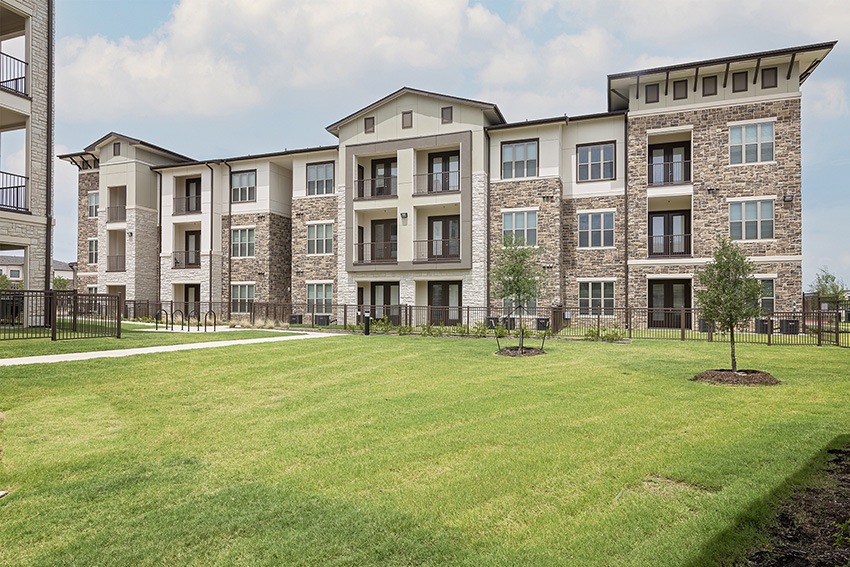 ARLINGTON, TX - Sentinel Real Estate Corporation announced that it has acquired Debbie Lane Flats, a 331-unit garden-style apartment community located in Arlington, Texas. The property represented an opportunity for Sentinel to acquire a stabilized newly-built luxury community in the desirable and rapidly growing Dallas-Fort Worth Metroplex.

“Debbie Lane Flats exemplifies our core investment strategy of acquiring high-quality stabilized assets in high-growth markets across the U.S.,” said Michael Streicker, President of Sentinel. “In this case, Arlington is at the heart of one of the nation’s fastest-growing employment centers, which consistently exceeds the national average for job growth. In the last year alone, employment in the Metroplex has grown by 7.2 percent, representing nearly 280,000 jobs, and is expected to grow 2.4 percent annually over the next five years. This job growth, combined with highly-rated school systems and quality of life factors, will support continued population growth and drive the long-term success of the asset.”

Debbie Lane Flats is optimally located approximately 18 miles southeast of Fort Worth and 27 miles southwest of Dallas, and situated along the southbound lane of South State Highway, a major highway that runs north/south into downtown Arlington and connects to Ronald Reagan Memorial Highway, a major east/west thoroughfare. The property is within a 20-minute drive of a variety of the region’s top employers, such as GM Financial, a General Motors SUV assembly plant and Poly America, as well as the headquarters of American Airlines, IKEA and Lockheed Martin. Additionally, the property is served by the highly rated Mansfield Independent School District.

Debbie Lane Flats is also located proximate to high-quality shopping, dining and entertainment options at Arlington Highlands and The Parks Mall at Arlington, with major retailers such as Kroger, Sprouts Farmers Market and Walmart Neighborhood Center supermarkets, as well as Best Buy, Target and Marshalls – among other name brand stores and restaurants – nearby. The community is within walking distance of Lloyd Park at Joe Pool Lake, which features camping, swimming, kayaking, canoe rentals and other recreational amenities. It is also located within a 15-minute drive of Six Flags Over Texas adventure park and the Texas Rangers and Dallas Cowboys stadiums.

Sentinel has been active in the Dallas-Fort Worth market throughout its 53-year history, having owned and operated 24 multifamily properties and six commercial properties in the area. The firm will continue to leverage its market expertise and deep industry relationships to identify attractive investment opportunities and expand its portfolio in the region.