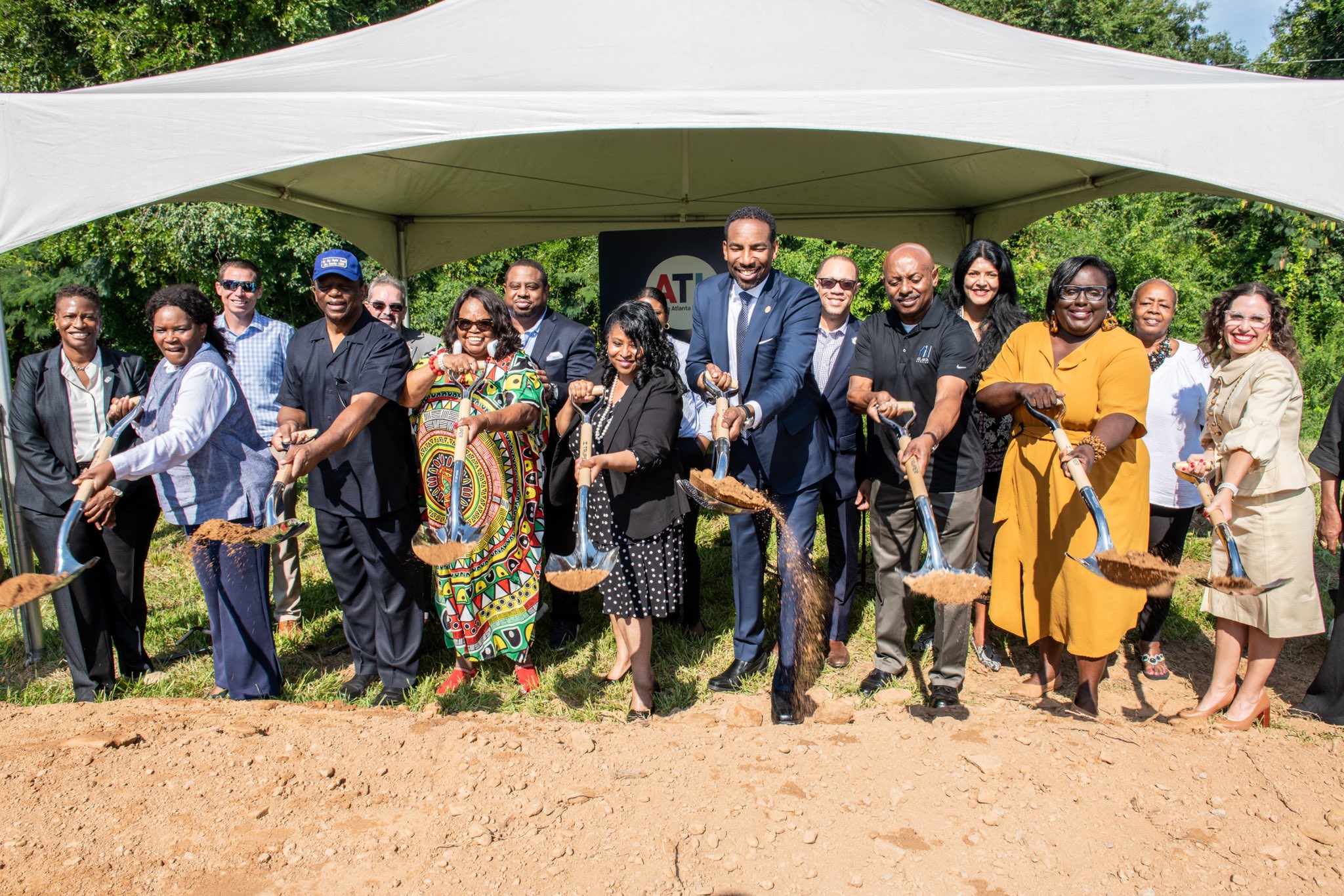 ATLANTA, GA - Atlanta Housing and its city partners broke ground on the Juanita H. Gardner Village, a new construction project that will create 108 independent living senior units in a three-story elevator building in the Adamsville neighborhood. Ms. Gardner, after whom the project is named, is a long-time neighborhood association leader.

"All 108 of these units are affordable, and we're proud to be able to collaborate with Invest Atlanta, the City of Atlanta and the Georgia Department of Community Affairs in creating these vitally needed senior units," said Eugene E. Jones, Jr., president and CEO of Atlanta Housing.

The project is being financed through the AH-Invest Atlanta Co-Investment fund with an investment by AH and tax-exempt bonds from Invest Atlanta as well as 4 percent Low Income Housing Tax Credits from the Georgia Department of Community Affairs (DCA). The project is being built on a vacant site at 3650 Bakers Ferry Road. To ensure long-term affordability, AH purchased the project site and is providing a long-term ground lease at a nominal rate to the owner entity.

"Our Administration's affordable housing efforts include a commitment to ensure affordability is attainable for our legacy residents, and this new development does that," said Mayor Andre Dickens. "With the investments and efforts from Atlanta Housing and Invest Atlanta, Juanita H. Gardner Village provides legacy residents in Adamsville with access to housing so they can remain in the community they helped build."

Formerly to be known as Harmony at Bakers Ferry, the project was renamed at the community's request after the longtime community activist. The project closed on its financing on June 17, 2022 and is scheduled for a 14-month construction period.

"The Board of Commissioners would like to salute Juanita H. Gardner for her outstanding community leadership over many decades," said Tené Traylor, interim chair of the Atlanta Housing Board of Commissioners. "This project and others like it will help ensure that Atlanta is a city where economic opportunity is abundant for everyone, a city where affordability isn't a luxury, and a city that is prepared to lead into the future."