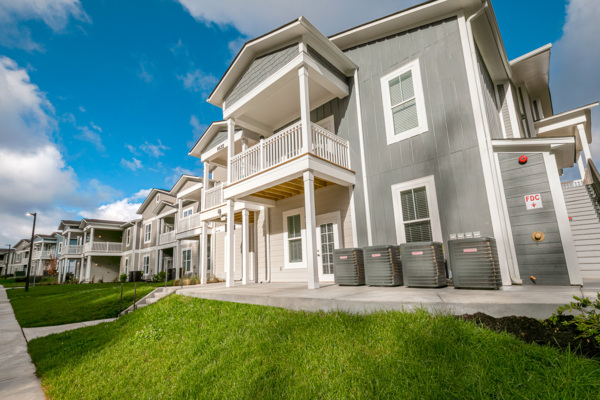 KNOXVILLE, TN - Capital Square, one of the nation's leading sponsors of tax-advantaged real estate investments and an active developer of multifamily communities, announced the acquisition of Village at Westland Cove, a Class A, 240-unit multifamily community in Knoxville, Tennessee. The community was acquired on behalf of CS1031 Village of Westland Cove Apartments, DST.

"This is Capital Square's sixth acquisition of a multifamily community in Tennessee for the DST/1031 exchange program," said Louis Rogers founder and chief executive officer of Capital Square. "Village at Westland Cove is located in one of the hottest housing markets in the nation for 2021. Employment in the area is exceptionally strong, with the Oak Ridge Reservation and National Laboratory, operated by the U.S. Department of Energy, only 19 miles away, generating 14,667 full-time jobs and wages totaling over $1.3 billion."

Village at Westland Cove is located within close proximity of The Pinnacle at Turkey Creek, a 650,000-square-foot shopping center that includes more than 65 retail stores and restaurants. The property is in the 10th hottest housing market in the country for 2021, with a 5-year value increase of 55%, according to Zillow Group. Turkey Creek Medical Center, a Level III trauma center that is part of Tennova Healthcare, lies within two miles of the property. Situated further along the I-140 and I-40 are attractions such as Knoxville Museum of Art, Market Square and Zoo Knoxville.

The Oak Ridge Reservation, operated by the U.S. Department of Energy and home to Oak Ridge National Laboratory, is approximately 19 miles from the Village at Westland Cove and is the largest employer in the area. According to the East Tennessee Economic Council, approximately 14,667 full-time jobs were directly provided by the DOE and its major contractors within Tennessee in 2020, with annual wages and salaries totaling nearly $1.311 billion. WBIR.com reports that Bill Lee, Tennessee's governor, recently announced a $72 million budget for the UT-Oak Ridge Innovation Institute, a collaboration between the University of Tennessee and Oak Ridge National Laboratory, in a bid to attract and maintain science, technology, engineering and mathematics (STEM) talent in the Knoxville area.

"Village at Westland Cove is an exceptional multifamily property located in an idyllic setting with luxury amenities throughout," said Whitson Huffman, chief strategy and investment officer. "The local economy is thriving, with low unemployment, high average household income and growing demand for high-end apartment living such as that provided to the residents of Village at Westland Cove."

Data from Esri shows the average household income within a three-mile radius of the property reaches approximately $130,000. According to Yardi Matrix, Knoxville's rental rates are rising along with demand, with 18% year-over-year rent growth and 98.1% average occupancy as of March 31, 2022.

The Bureau of Labor Statistics reports that Knoxville witnessed an increase of over 19,000 job opportunities since February 2021, with unemployment rates reaching 2.8%. According to the BLS, job opportunities in the area should continue to grow with 3M Company announcing plans to invest approximately $470 million to expand their manufacturing facility in the Knoxville MSA, creating 600 new jobs by 2025.