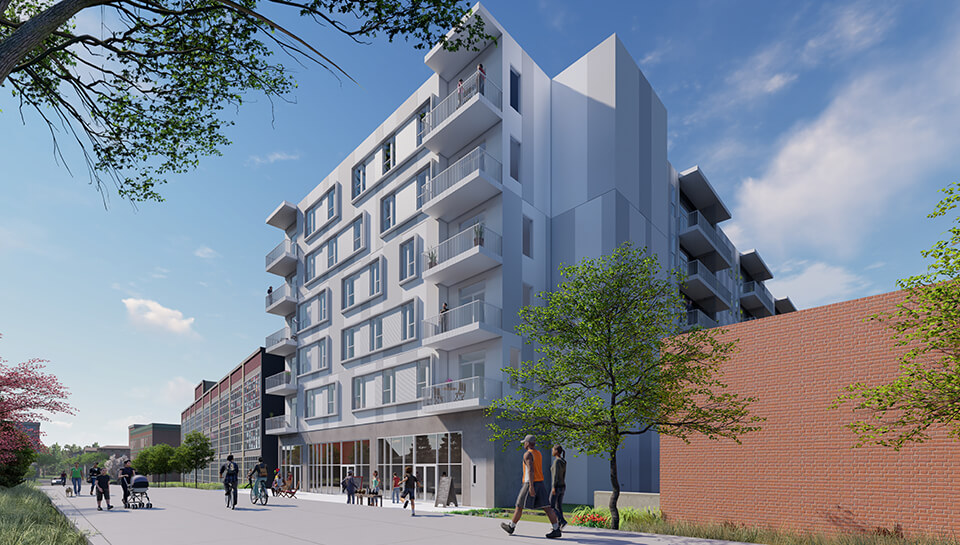 ATLANTA, GA - Atlanta Housing announced a major new development that will make living on the Atlanta BeltLine a reality for 116 working and low-income families. The Madison Reynoldstown development at 872 Memorial Drive will house working families earning up to 80 percent of the area median income, and Atlanta Housing will provide long-term subsidies to 46 families. The project is 100 percent affordable.

"Atlanta Housing is proud to help spearhead this partnership to bring affordability to one of the fastest growth areas of our city," said Eugene E. Jones, Jr., president and CEO of Atlanta Housing. "Madison Reynoldstown demonstrates that by working together, we can bring working and low-income families close to the city's jobs and some of its best amenities."

The $43.6 million development sits on a 1.2-acre site in the Reynoldstown community at Memorial Drive and Chester Avenue. With direct frontage on the Atlanta BeltLine Eastside Trail extension, the property is within walking distance of jobs and neighborhood amenities including a grocery store, entertainment facilities, restaurants and a host of retail shops and services in the Madison Yards development.

Atlanta Housing will invest $8.87 million for construction, permanent and acquisition funding, in addition to long-term housing subsidies for 46 families. Both private and public financing sources make Madison Reynoldstown possible, including a $3.6 million loan from Bank of America, a $4.4 million award from the National Housing Trust Fund, low-income tax credits from the Georgia Department of Community Affairs, a $21.5 million tax-exempt bond commitment from Invest Atlanta, and a $2 million grant from the BeltLine Affordable Housing Trust Fund.

"Madison Reynoldstown is an exemplary example of interagency cooperation, bringing together private banking, Atlanta Housing, Invest Atlanta, Atlanta BeltLine, Inc., the Georgia Department of Community Affairs, the National Housing Trust Fund and the City of Atlanta," said CEO Jones. "By working together, we will continue to build affordable housing for those in need in Atlanta."