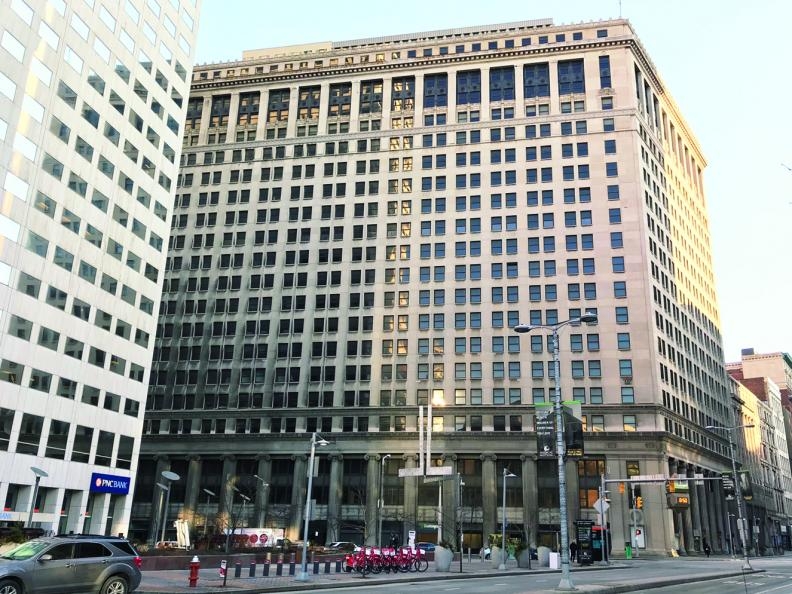 CLEVELAND, OH - The Millennia Companies confirmed that it is the recipient of a $40 million Transformational Mixed-Use Development (TMUD) tax credit award from the Ohio Tax Credit Authority and the Ohio Department of Development for the historic rehabilitation and adaptive reuse of The Centennial, located at 925 Euclid Avenue in Cleveland, Ohio.

To support this catalytic project, the largest in the state of Ohio, Millennia received the maximum amount permitted for any one development project under this newly created tax credit award program, which is designed to support the new construction and/or improvement of vacant buildings that will have a transformational economic impact on the site and the surrounding area.

“We are thrilled to be selected for this inaugural TMUD tax credit award, says Tom Mignogna, Vice President at Millennia Housing Development, Ltd. “This new economic development tool is further evidence of Ohio’s progressive commitment to supporting significant developments that meet critical needs throughout the State and, in this case, the City of Cleveland’s need for increased access to quality housing and new job opportunities.”

Millennia plans to rehabilitate and reinvigorate the approximately 1.4 million-square-foot space with a dynamic mix of proposed uses including workforce housing apartments, retail and office space, a boutique hotel, a museum, and a high-end restaurant - all to be incorporated into the existing historic fabric of one of Ohio’s iconic buildings containing the world’s largest bank hall.

“This project is a perfect blend of Millennia’s expertise in multifamily housing, hospitality, and commercial real estate," says Frank T. Sinito, Chief Executive Officer at Millennia. “We have employees at the hotel, corporate headquarters and restaurants who will now have a unique affordable opportunity to live near their workplace, public transit and entertainment.”

The former Union Trust Building, now known as The Centennial, has had a celebrated history at the preeminent downtown intersection of Euclid Avenue and East 9th Street. Built in 1924, the Chicago-based architecture firm of Graham, Anderson, Probst, & White originally designed the building in the neoclassical style. Unfortunately, it has sat mostly vacant in the heart of Cleveland’s central business district for nearly a decade.

“Everyone who walks into The Centennial agrees that it is breathtaking, and this piece of Cleveland history has been inaccessible for too long,” says Sinito. “We look forward to when the public can enjoy the beauty and grandeur of these incredible historic spaces, which include a barrel-vaulted main lobby with murals by the American artist Jules Guérin, and towering, fluted Corinthian columns.”

In the bank halls, The Century Club restaurant will be akin to the Marble Room Steaks and Raw Bar, and The Cleveland Exposition will feature exhibits curated by the Western Reserve Historical Society that celebrate the rich history and prominence of Cleveland and northeast Ohio.

“I am grateful to the coalition of partners who helped to create this program that supports major projects such as The Centennial,” says Sinito. “I would also like to congratulate the other recipients who have secured the award, especially CrossCountry Mortgage who is in the process of creating their corporate campus in downtown Cleveland; a project that is also contributing to the city’s revitalization by creating additional jobs and attracting residents.”