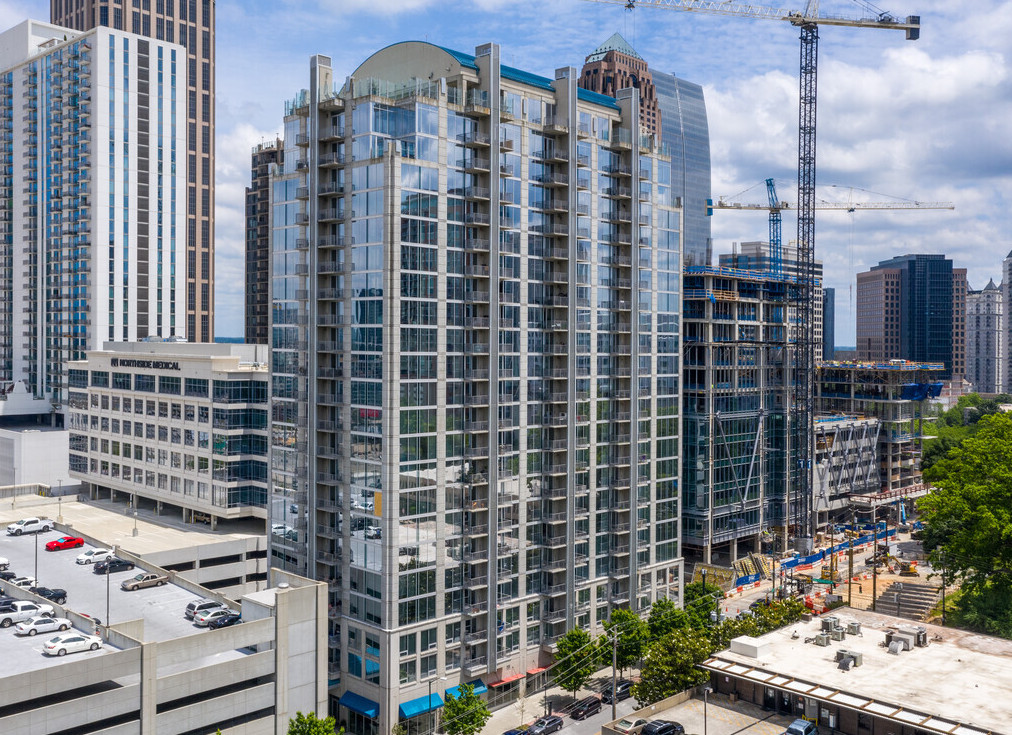 The deal marks the first high-rise multifamily building RADCO has acquired in its current investment cycle and complements the firm's existing portfolio of multifamily and commercial real estate. The property has been renamed "The M by Radius." Radius is RADCO's highest brand and joins nearby Radius West Midtown to bolster the company's in-town presence. RADCO previously owned the 53-story Four Seasons hotel, office, and residential tower just blocks away from The M by Radius.

Built in 2013, the newly branded The M by Radius was one of the first buildings constructed in Atlanta coming out of the Great Recession. The property offers a prime location at the corner of West Peachtree and 12th Street, the new epicenter of the city with offices, retail, and entertainment nearby. The ground floor includes 8,658 square feet of retail space.

The M by Radius is the closest high-rise to the I-75/85 connector in Midtown and one of the most visible buildings in the Atlanta skyline, offering exceptional signage or art opportunities on its half-domed roof. The property features frontage on Spring Street, 12th Street, and the bustling West Peachtree Street.

The building consists of studio, one-, two-, and three-bedroom apartments and luxury "amenities in the sky" including a rooftop pool and lounge, fitness center, and grills all with 360-degree views overlooking Atlanta's skyline. The unit interiors at The M by Radius have modern, open floorplans with ample room for value-add expansion.

"RADCO is pleased to announce we have acquired Skyhouse Midtown, our first high-rise, late vintage property acquisition in this cycle," said Norman Radow, CEO of the RADCO Companies. "As residents and capital migrated to the suburbs during the pandemic, the cost of buying suburban apartment assets also substantially increased. There's been a recent shift back to the urban core making in-town residential an attractive investment once again. The M by Radius offered everything we were looking for in an urban multifamily asset and as always, we intend to invest in this incredible building and significantly improve the resident experience. RADCO intends to seek out additional urban residential investments throughout the Southeast."

The M by Radius sits directly across from 1105 West Peachtree, a fully-leased, newly constructed office building that is the planned new regional headquarters for Google, part of its recently announced expansion in the Atlanta market. In addition, the property is across the street from the culinary-themed Epicurean Hotel, Northside Hospital's in-town campus, SCAD, Georgia Tech, and other business and cultural attractions.

Skyhouse was first created by the visionary developer Jim Borders and his Novare Group.

The deal represents the 100th transaction for RADCO during the current real estate cycle. The Northmarq team led by Jason Nettles and Megan Thompson brokered the transaction.