Stoneweg US Adds-1,246 Units to Its Growing Portfolio With $230 Million Acquisition of Two Multifamily Communities in Louisville, Kentucky 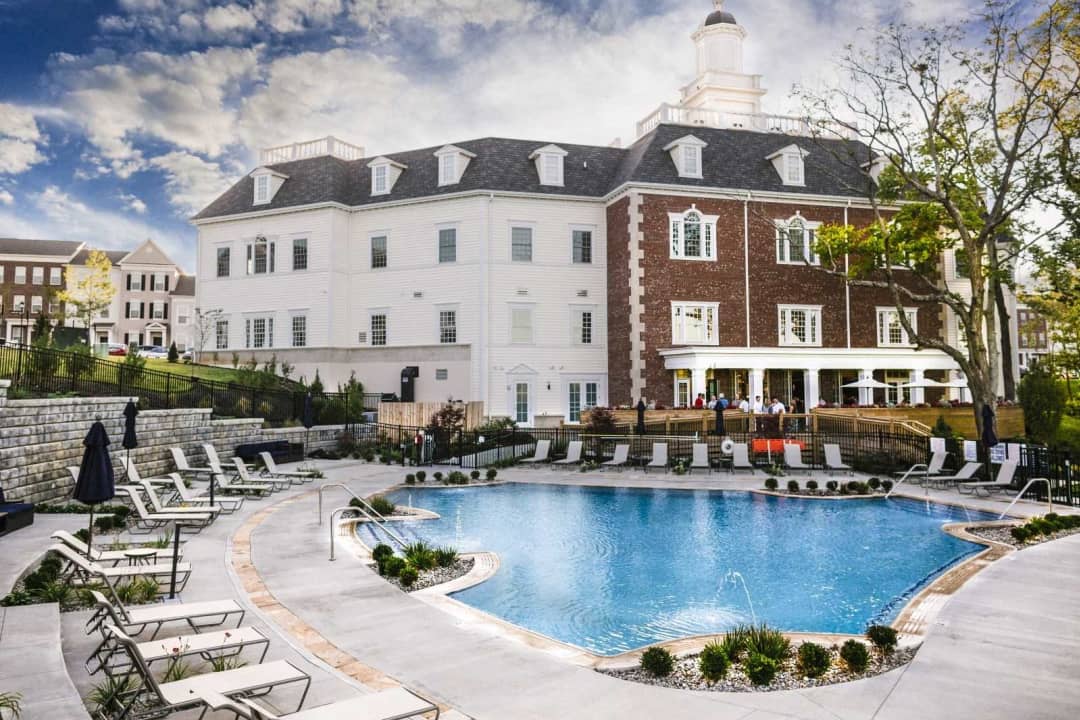 The sizeable deal was sourced off-market, adding 1,246 units to the Company's growing portfolio, currently tracking to reach nearly 15,000 units by year-end. The deal marks the largest for the Company to date.

"We're fortunate to acquire two high-quality assets that significantly bolster our overall unit count and allow us to extend our reach in a market that we've been so successful in," said Ryan Reyes, Chief Investment Officer for Stoneweg US. "Middletown Landing and Mallard Crossing at St. Matthews represents a giant step forward in our growth strategy and this move is indicative of our capabilities to source and close quality deals on a large scale."

Middletown Landing offers 646 spacious units that include a majority of townhome style units with an average unit size of nearly 1,100 sq ft and boasts elite finishes and interiors such as granite countertops, 9-foot ceilings, subway tile backsplashes, and trendy wood-style plank flooring. Best-in-class exterior amenities include a two-story fitness center, resort-style pool, volleyball courts, and The Goat, an onsite full-service restaurant that offers convenience and notable distinction from neighboring residences. Built in 2014 and 2016, Middletown Landing is nestled in the South Jefferson Middletown submarket, providing easy access to major highways, notable employers including UPS, Amazon, and Ford Motor Company; and in proximity to major retailers such as Target and Kroger.

Mallard Crossing at St. Matthews, constructed in 1988, contains 600 units and is situated in the heart of the St. Matthews submarket, one of Louisville's strongest performing and most desirable submarkets due to its accessibility to downtown Louisville and its burgeoning job market. The previous owner deployed a partial renovation plan, installing quartz countertops, walk-in showers, upgraded cabinetry, and new lighting fixtures for 20 percent of the units. Mallard Crossing also features a vintage farmhouse constructed in the 1800s which now serves as the property's leasing center, providing a unique aesthetic to the grounds.

"Middletown Landing and Mallard Crossing at St. Matthews both possess that accessibility element that has historically driven renters," said Ryan Smyth, Director of Acquisitions for Stoneweg US. "The business plan we will implement at both properties will push these assets to the forefront of the 'live-work-play' trend that is overwhelmingly driving multifamily developments and communities right now."

Stoneweg US will deploy a generous capital expenditure budget to complete unit renovations, revamp signage, and spruce up the landscaping at both communities. New amenities are also scheduled that will add dog parks, storage solutions, new gym equipment, and other enhancements to the resident experience. Operations at Middletown Landing will be overseen by Greystar, while operations at Mallard Crossing at St. Matthews will be managed by The PMR Companies.