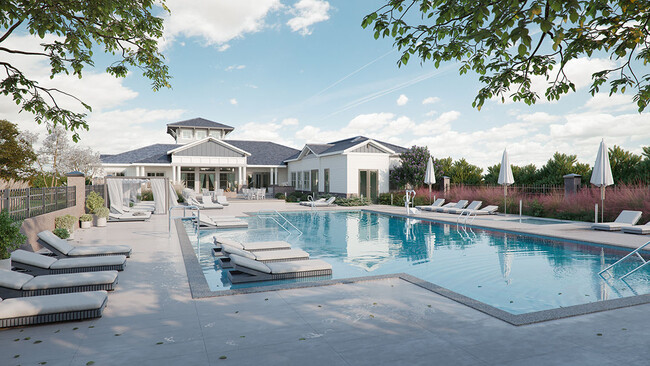 ATLANTA, GA - Capital Square 1031, a leading sponsor of Delaware statutory trust (DST) offerings for Section 1031 exchange and other accredited investors, announced the acquisition of a new Class A, 234-unit luxury multifamily community in Commerce, Georgia a part of Metro Atlanta. The community was acquired on behalf of CS1031 Capstone at Banks Crossing Apartments, DST.

"Capstone at Banks Crossing Apartments is Capital Square's fifteenth acquisition of an apartment community in Georgia, creating management efficiencies and economies of scale," said Louis Rogers, founder and chief executive officer of Capital Square. "Capital Square is bullish on Metro Atlanta because the economy is growing rapidly and creating jobs. The population of the Atlanta metropolitan statistical area increased 15.2% between 2010 and 2020, and Commerce, along with nearby areas, has become an important industrial hub for the growing region.1"

The community offers one-, two- and three-bedroom units with high-end finishes, including granite kitchen and bathroom countertops, stainless steel appliances and more.

Capstone also benefits from important demand drivers, such as increasing regional employment. Notably, SK Innovation launched construction on the second phase of its $2.6 billion electric battery plant, which will supply about 430,000 electric vehicle batteries per year to Ford and Volkswagen when the factory fully ramps up by the end of 2023.2SK Innovation forecasts that the plant, located approximately two miles from Capstone, could eventually employ more than 6,000 workers. The operations also plan to bring thousands of other businesses to the area, including suppliers and retail operations, such as restaurants.

Enchem Ltd., a supplier to SK Innovation, announced it would invest $61.4 million to build two new manufacturing plants in nearby Jackson County, creating more than 300 jobs.

Meanwhile, Amazon and Walmart have leased more than one million square feet each in nearby Pendergrass, Georgia, while Toyota Industries Compressor Parts America is expanding its manufacturing facility, also in Pendergrass. These companies, and others, have targeted northeast Georgia as ideal for manufacturing and distribution activities.

"Capstone is an exceptional addition to the Capital Square portfolio," said Whitson Huffman, chief strategy and investment officer. "The property is newly built and caters to higher-end renters in an economically thriving part of Georgia. Expanding employment centers in the region will drive continued population and employment growth, which should lead to even greater demand for quality housing options, such as those provided by Capstone at Banks Crossing Apartments."