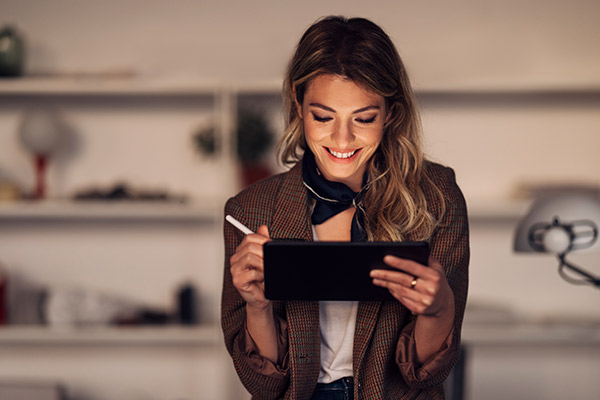 When digital rental applications became the launchpad for prospects to take that important next step in the process, the multifamily housing industry knew it was on to something special. As the bulk of renters shopping for their next home takes place after hours, handing them the ability to apply online didn’t only make perfect sense, but it transformed the leasing office into an around the clock operation. For property managers this was a goldrush, a method to bring in qualified renters, while eliminating a redundant workflow that on the surface, appeared broken.

As all things in technology improve over time, we saw the evolution of the ability to pay fees, automate screening, and create industry standard documents. We begin to truly leverage the power of the Internet, by turning this paper heavy task into a self-service machine. Further, we modernized the back-office into a paperless environment and had immediate access to these important documents through cloud-hosting. Today, the big question is, have applications improved enough to stay current with the expectations of our next generation renters?

The line is blurred as to where it all started, but some would argue it happen with Uber. That household name that allowed us to summon a car with a mere tap on our smartphone, which magically knows where we are standing. Then we watched patiently on the app’s map to follow our pick-up car in real-time to see where it is located and get the approximate time for it to arrive. This was the moment of true self-service tools, the moment of not only knowing when - but where, the moment that launched what is known as the instant everything culture.

Now armed with an army of smartphone users, willing to let you know exactly where they are located, the gates opened to an array of self-service apps, from food, merchandise, and services. You name it, and there is probably an app for that – all willing to drop whatever you need, right on your doorstep. Our reliance and use of technology have certainly accelerated, and all for good reason, as it has made our lives easier. As disruption brings change in behavior, the modern consumer is changing the way we think about how we transact and interact in today’s market.

The biggest undercurrent emerging in the market is that self-service tech has become a here to stay commodity. Thanks to rapid technology adoption, we are now living in what is known as the convenience economy – where we have access to anything imaginable, delivered to us any time we desire. In fact, over two-thirds of consumers are willing to pay more to have their groceries and food delivered to them, as they see little value in venturing out when self-service options are available.

We are now seeing this very influence push into the offices of corporate America, where work looks a lot different, as our workforce is now opting for remote and hybrid positions. In fact, almost 70-percent of millennials stated they would give up certain work benefits for a flexible remote work position.  Something many companies are capitalizing on, as the demand for workers has become an extremely competitive field, and remote work offerings are a great advantage. In fact, eighty-five percent of employers believe that having remote teams will become the new norm, sending a clear message that convenience extends beyond apps.

Housing was always considered a big step in one’s life. Getting your own place and space has always been the dream for countless generations. That dream still exist, but it has changed dramatically. Our society has become mobile, and today’s renter is only a Zoom town away from moving to explore their next dream. The largest piece of baggage we continue to carry forward is our broken application system – one that presents an applicant with questions that have absolutely nothing to do with the approval process, like the make and model to their car – which we can all agree is a resident onboarding question.

Most apartment communities rely on one thing to hand over the keys, a favorable screening report. Gone are the days of calling references, speaking with the prior landlord, or getting a work supervisor on the phone – they could be operating in the Metaverse for all we know. Our screeners have become more accurate with access to so much data, it is now nearly impossible to not be able to verify almost anything you can think of, from biometrical data, employment, and payments on things you would never know how to find, such as mobile phones and appliance rentals. The dive can go deep in today’s digital world.

Now it is time to rethink our rental applications, scale them down to what is really needed, and deliver a real time decision directly to that waiting renter – moving approved applicants through the process to a lease. We certainly have the technology and are using pieces of it today. Our industry has embraced digital transformation, and it is now time to let innovation streamline the user experience and move into the instant everything economy.

Kerry W. Kirby is a globally recognized entrepreneur, technology innovator, and philanthropist. He is the founder and CEO of 365 Connect, an award-winning technology firm providing marketing, leasing, and resident service software platforms exclusively to multifamily housing industry. An acclaimed speaker, author, and award-winning podcaster, Kerry has been a guest lecturer, featured speaker, and panelist at numerous universities, conferences, and events. He has appeared on the BBC Digital Planet program, NPR News, and various media outlets. Kerry has contributed to an array of articles and whitepapers on real estate and technology, presented in over 145 webcast reaching over one-million listeners from around the world, and is often quoted as an expert in technology. He has been named to the Silicon Bayou 100 List of most influential entrepreneurs for nine consecutive years and has received a prestigious Titan Entrepreneur Award for his technological achievements.