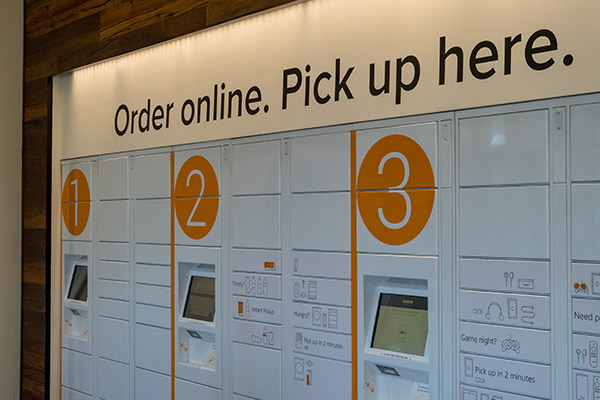 Though a troubling year for most of the American workforce, 2020 was quite kind to e-commerce. Last year alone, Americans spent upwards of 860 billion dollars online with U.S. merchants, leading the e-commerce industry to experience a record growth of 44 percent. According to the United States Postal Service, shipping and package volume in 2020 rose by 1.1 billion parcels, and 1.5 million new delivery points were also added to their shipping network. Currently, 49 percent of Americans surveyed report receiving at least one package per week, and one in ten said that they have a new package delivered every day.

Unlike in years past, online spending isn’t limited to mere “wants,” like beauty products, house plants, or even smart devices. “Needs,” including groceries, prescriptions, and clothing, also contribute to the rising tide of package deliveries. Grocery delivery services, like Instacart, revolutionized how Americans shopped for groceries, with the app facilitating 35 billion dollars in sales during 2020. Meanwhile, Amazon, which sells budget-friendly household necessities alongside a host of other retail goods, claimed nearly a third of all American e-commerce growth in 2020.

So, what’s the takeaway here? It’s simple – Americans spent a lot of money on online orders in 2020, and their dependence upon e-commerce isn’t likely to disappear overnight. In fact, these online shopping habits are so widespread that it is extremely likely an incoming wave of perishable and non-perishable goods have already made their mark on your apartment community – and, if you’re reading this blog, you might have questions about how to accommodate the new explosion of shipments.

One contactless solution currently earning a lot of attention within the multifamily housing industry is smart lockers. These lockers are designed to hold packages and delivered goods in a secure place until the resident can retrieve them. They are self-service and can be accessed at any time of day, given that your resident is able to provide a code, card, or other type of input to prove their identity. With smart lockers, multifamily staffers can automate the package delivery and acceptance workflow, and in some cases, completely eliminate the burden from property managers’ to-do lists. Since delivery couriers have direct access to these smart lockers, they can simply drop off the packages with little need for oversight.

Like a resort-inspired saltwater pool or a full-service fitness center, smart locker systems are quickly becoming a highly sought-after community amenity, especially by Generation Z. According to one survey, 76 percent of residents strongly preferred having package lockers compared to traditional office pickup. As any seasoned multifamily professional will tell you, amenities are everything in the race to attract prospects and sign leases, and residents agree. In fact, 87 percent of luxury apartment residents say that amenities are the biggest deciding factor in whether they will sign or renew a lease. Offer a smart locker system on-site, and you’ll appeal to both current and incoming residents, who now do the bulk of their shopping online and desire parcel accommodations and security.

Speaking of security, another benefit of smart lockers is their defense against “porch pirates,” as package theft is a growing concern for the 43 percent of Americans, who have experienced it first-hand, or know of a neighbor dealing with a stolen package. Considering that the average value of a stolen package is 106 dollars, it’s easy to see why package theft is a high-stakes issue and needs to be addressed as such.

Fortunately, smart lockers prevent this sticky situation altogether with a bit of tech magic. Most lockers are equipped to send an alert to the package’s rightful recipient immediately after it is dropped off, and in some cases, they can even use photo capture capabilities to photograph every interaction with the resident’s locker, from delivery to retrieval. In these ways, smart lockers provide residents with a tech-savvy, highly secure solution to what was becoming an age-old problem of package theft and mismanagement.

Finally, smart lockers can be just as beneficial to business’ ROI as they are to your resident's peace-of-mind. In addition to freeing up on-site labor costs, keeping these lockers in operation can generate extra income, should your community choose to solicit a small monthly fee for their use. Though there might be a couple of residents who might not see the value in next-level package delivery and maintenance systems, 94 percent of apartment residents say that they would consider paying higher rent for improved on-site amenities.

You could say that smart lockers are no more than a sign of the times – an indication of Americans’ current obsession with online spending. Yet, the world has been evolving towards contactless solutions for a while now. With more Americans doing their shopping online than ever before, it is clear to see that the multifamily housing industry must shift its package acceptance practices to accommodate the hundreds – or, in the case of larger-scale communities, thousands – of packages that are delivered to your community each week. Smart lockers are an excellent solution to this issue that is unique to the Digital Age and will appeal to multifamily residents and their operators alike.