The Rise of the Micro-Influencer: How to Use this Marketing Trend to Your Advantage 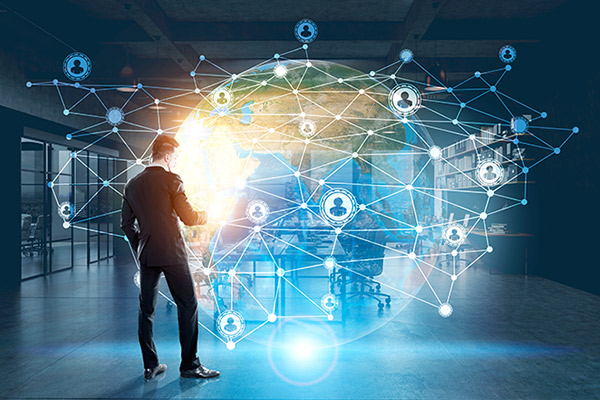 Influencers are the celebrities of the 21st century, though their claim to the spotlight doesn’t always involve artistic talent or good looks. Influencers can be anyone, who live anywhere. They usually gain “influence,” or social media traction, from their large followings on Instagram, YouTube, Facebook, and the like. Although modeling/fashion, fitness, and beauty seem to be the aim of many social media stars, there are influencers in every niche imaginable.

Since modern consumers tend to trust recommendations from a third party more than the brand itself, influencer marketing has become a widespread trend in the age of social media, providing these users with an extensive platform that spans the globe. Consumer trust, along with the influencer’s original content and boundless social reach, is what makes influencer marketing so effective.

The demand for influential online personalities, who can also drive audience engagement and lucrative action, has led to the rise of the micro-influencer, an influencer with a following between 1,000 and 10,000 users, who engages in similar marketing tactics as their more famous counterparts on a smaller scale. Ultimately, micro-influencers are brand advocates to a deeply engaged niche audience of devoted followers.

For property owners and managers, it’s more realistic to work with an influencer of this scale— and just as productive. A recent study shows that 82 percent of consumers are “highly likely” to follow the recommendation made by micro-influencer, because they are believed to be more credible, knowledgeable, and proficient in explaining how a product or service could be used than an average person.

A separate study found that micro-influencer content is 6.7-times more efficient at engaging audiences than content posted by bigger influencers, making working with them more cost-effective for your business and its budget. The same study concluded that micro-influencers are also able to generate 60 percent greater engagement than their bigger-name counterparts. As a result, every dollar spent on influencer marketing has an average return of $7.65.

So, how can your property or property management company capitalize on the micro-influencer craze? Well, believe it or not, you might be able to seek out a resident in your very community – or at least a prospective resident in the greater area – who has a large enough online audience to be considered a micro-influencer. You might even employ someone with an impressive following, who is willing to become the new “face” of your online brand.

However, follower count is not the only aspect you should evaluate when selecting the right micro-influencer to advocate for your community. Keep in mind that you are seeking a devout lifestyle partner, who currently account for over 22,000 influencers actively working on the market. These lifestyle influencers can pack a punch when it comes to representing different aspects of apartment living to a large online audience.

For example, if your community wants to promote a recent renovation, consider reaching out to local influencers passionate about interior design to promote your property’s upgrades. If your property is trying to reach a younger, eco-friendly audience, it may be best to pair with a tech micro-influencer, who can talk up the trendy, environmentally conscious amenities you offer, like smart home technology packages and rideshare pick-up/drop-off points.

Once you have formed a partnership with your micro-influencer(s) of choice, set the goals you hope to achieve in your campaign. Are you looking to simply increase your audience of followers online, or boost awareness surrounding your community’s brand? Or, are you looking to capture leads – hook, line, and sinker? Working with your goals in mind will help you decide which platforms and types of content are best for your micro-influencer(s) to utilize.

No matter how you decide to get the ball rolling with creating, scheduling, and posting content, remember to follow the Federal Trade Commission’s new guidelines on influencer transparency. The FTC requires you to label paid promotions. The government organization classifies a paid endorsement as any post that includes compensation, whether it’d be cash, exchange of services, discounts, or other incentives. Luckily for property owners and marketing managers, social media platforms have already added disclosure tools; Facebook and Instagram have a “Branded Content” feature, while vloggers on YouTube regularly sport “Paid Promotion” tags.

Though not as cut-and-dry as traditional marketing methods, influencer marketing has proven to be worth the time and investment of businesses across the nation. Although the multifamily industry tends to take its time in adjusting to new market trends, many properties are already using influencer marketing to their advantage, with larger management companies, such as Pinnacle, already singing its praises as an effective marketing and leasing tool. With all the statistics and positive feedback supporting its practice, why should you wait any longer to implement your own micro-influencer marketing strategy?