The Mighty Micro-Apartment: What Millennials and Generation Z Crave from the “Tiny Living” Movement 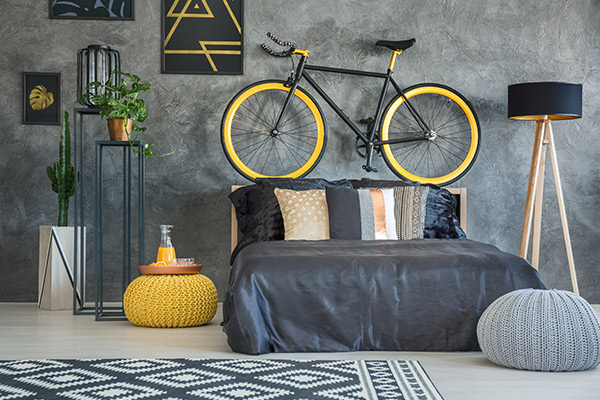 If you’ve remained up to date with current trends facing the housing industry, you are more than likely familiar with the boom of “tiny living.” What was once a completely foreign concept has now become a significant movement— thanks to the influx of documentaries, television specials, and editorial spreads showing off tiny homes and apartments inhabiting up to 400 square feet of space.

The tiny living movement is largely credited to Jay Shafer, who founded the first tiny house company in California in 1999. The movement grew when Shafer appeared on The Oprah Winfrey Show in 2007 and described his vision for a community of small homes. Seven years later, Tiny House Nation and Tiny House Hunters debuted on television. Over the next few years, tiny living would gain governmental attention due in part to the American Tiny House Association’s founding in 2015. Today, the Association remains a leader in shifting tiny living into the forefront of the housing industry as a sensible and affordable solution to increasing living costs and rising environmental concerns.

There are many young renters taking advantage of the opportunity to live small. Micro-apartments, for example, fulfill the requirements of many Millennial and Gen-Z renters seeking a more modest living arrangement than traditional rentals typically provide. Today’s young renters find that micro-apartments offer sensible living solutions that complement their busy lives. While each demographic differs, they are both largely impacted by the digital age and have come to expect accommodations that befit their lifestyle expectations.

Millennials, who are very tech-savvy, grew up with the influence of the internet and use digital platforms for nearly everything including work and entertainment. They are good at multi-tasking, are frank about their goals, likes, and dislikes. Because they are also overwhelmed with student loan debt, Millennials tend to be fiscally conscious.

Generation Z, on the other hand, is the first generation born completely into the digital age. Unlike Millennials, who have largely prescribed to traditional career paths, Gen Z is focused on building a unique work-life flow and is heavily attune to various entrepreneurship opportunities due to their innate ability to work with technology. Generation Z is also quick to filter out any information or sales tactics that do not immediately pique their interest – a quality that makes this generation especially challenging to grasp for marketers.

Members of both demographics are fascinated by the micro-apartment movement due to several factors. Both groups value urban location over most other features and are willing to live in smaller apartments within city limits as opposed to larger, suburban rentals. They are also interested in minimizing environmental impact and actively pursue ways to live efficiently, usually seeking basic spaces that allow them to focus on personal interests and career advancement. Finally, both demographics desire living arrangements that provide a sense of freedom and flexibility in the likely event that a career change or cross-country move is in the cards.

Small-scale apartments tend to emphasize lifestyle over space and enables inhabitants to worry less about rent and utilities, so they may focus on more important things. And thanks to “smart home” technology, micro-apartments are as efficient as they can possibly be. Their oft-equipped smart features do anything and everything from providing security to energy-efficiency.

Micro-apartments are also popular amongst developers and city planners, struggling to make room for potential residents in already-overcrowded metropolitan areas such as Baltimore, Denver, Los Angeles, Nashville, and New York City. Several developments plan to open within a few years’ time, which will likely coincide with a new flood of Gen Z-ers entering the rental market. Because of this, micro-unit developments will most likely see record-breaking occupancy rates shortly upon completion.

For developers and investors, these small abodes offer a solution to many issues that plague the urban housing industry including cost efficiency and time spent on site construction. Due to their small size, micro-apartments are relatively quick and easy to build and require less upfront investment than full-size apartments. While developers have generally applauded micro-apartment buildings, investment concerns have largely held back tiny living expansion due to lingering doubts about the movement’s legitimacy.

However, as of this year, micro-apartment development is now deemed a sound investment. But, why exactly?

First and foremost, the tiny living trend does not appear to be going anywhere soon. Millennials, Gen Z, and even Baby Boomers are flocking to micro-apartments for a central location, simplified lifestyle, and most of all, financial independence. With this surge in demand, it seems that there will be no shortage of prospects nor long-term renters. Again, prime locations for micro-apartments are cities where career opportunities abound and typical rents are traditionally costly. Micro-apartments are the solution to these two increasingly common problems.

Additionally, micro-apartments are seriously revered by travelers, who now rely on Airbnb and other share economy apps. Like long-term renters interested in the “Tiny Living” movement, the appeal of a location the middle of a bustling city at a minimal cost is magnetic to tourists from every corner of the globe. It’s a huge selling point to those who don’t desire lavish lodging on their vacations, but instead, an incredible location that’s close to everything.

As we examine the current state of the multifamily housing industry, we seem to recognize the lasting impact of these new-found expectations brought upon by Millennials and Generation Z. As the latter group begins to dominate the rental market, investors and developers are looking to micro-apartments to provide efficient solutions to the ever-increasing demands of this upcoming, entrepreneurial generation.